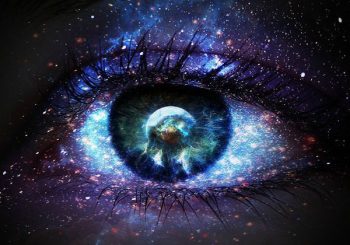 Nice read and what blocks us from moving forward. Lets get over it

Grasping the Ineffable: Why the Concept of a Creator Entity Holds Us Back

Guest Writer for Wake Up World

By now many of those on the evolutionary pathway understand the concept of a universal creator to be neither exclusively masculine nor exclusively feminine, but rather an energy field—Generator, Operator, Destroyer aka God—currently exploring itself through the construct of light.

3rd dimensional religious teachings and 4th dimensional spiritual teachings still present the All as a male, father energy, which reflects only the limited scope of their perception, more than it says anything about the true nature of the All. In fact, you will find many spiritual women whose current understanding of Source to be an exclusively masculine celestial presence, just as you will find many spiritual men who understand Source is both feminine, masculine, and still more than the sum of these parts; to the point that it’s one of those things that kind of goes without saying.

How is it effortless for some to grasp this concept, yet it remains vague, if not dangerous, for others to conceive of? Better yet, why is it important to shift our perception and therefore our relationship with this force field commonly referred to as God?

First, comprehending this isn’t dependent on a person’s gender. There are several spiritual men and women who can see past the bias of their own biology. For the most part this is due to the transition into spirituality (the esoteric) from religion (the exoteric) that many of us undergo. While we may enjoy the freedom of a more liberating context that spirituality provides, we tend to carry over our attachments to the belief systems and worldview that were active in shaping our paradigm early on.

But before one can fathom an even broader understanding of creator and creation, a key steppingstone is the recognition of the feminine energy as equal to the masculine energy within Source.

The Divine Feminine energy has been denied as equal to the masculine energy not just within the modern world, but even in portions of the spiritual community that herald the rise of the Divine Feminine. Which begs the question: where exactly did one think she was rising to?

If we were to take the Hermetic axiom from the Law of Correspondence “As above so below” literally, as most believe they do, we would see that the feminine energy is what ultimately develops and creates life through birth. If we must attribute creation to any power, it would be the Divine Feminine simply by observing the fractal nature of reality. Instead of acknowledging this truth head on, we create a caveat to this minor flaw in the law: We say, “The feminine energy is so special the creator chose her to be the portal for life.” We do this to reinforce the paradigm of an exclusively male God.

And yet there is a deeper truth still. It is the masculine and feminine energies; the passive and active forces that conjointly give birth to creation, which is closer to the truth of Universal consciousness.

Ancient civilizations understood the All to include both of these forces, some civilizations even depicting it as androgynous. They knew that each power played a necessary and equal role to life. It’s not that there is no such thing as a father or a mother creator being, indeed there exists many creator beings. It’s more so that these entities are not “the whole enchilada” as they say, rather they are an expression of Source as we all are.

Hermeticism teaches that The ALL is above gender despite it being a universal principle. In addition, the Hermetic principle “All is Mind” included the feminine aspect of sentience within it. When we hear that the universe is a mental creation, we typically think that Mind is the product of thought alone. However, they knew the term ‘Mind’ to comprise the trinity of thought, sentience, and Will, that set the process of becoming into motion.

The aggrandizement of the masculine energy into an exalted state was important to the ancient world, but not so much as to eradicate the presence of the feminine from God, that part didn’t come until the rise of monotheism. Many esoteric teachings referred to God in male terminology not even in tandem with the rise of Solar worship necessarily, but for a reason that is much more anticlimactic: they were using the title of ‘man’ as a shorthand way to reference the homosapien species. This is no different than how we continue to refer to our race as mankind, or human.

The Role of the Masculine and Feminine Energies

In both modern and ancient schools of thought, Nature is attributed as the feminine aspect of Source, acting as the connective tissue, or fabric of Space and Time, while Spirit is designated the masculine aspect of Source. However, we see a constant flux between these two roles and what attributes they hold dominion over depending on which belief system we belong to.

For instance, the masculine energy is the penetration of light into the retina, which then is transmitted to the visual cortex giving rise to the world of form by creating “the particle,” while the feminine energy corresponds to the state of being in its pure potential known as the void. In this chaotic state, it’s expressed as “the waveform.” This entirely reverses the roles to which force is expressing itself as matter and which one is expressing as spirit, as many spiritual groups hold the feminine force as the one oriented toward the ineffable.

Why it’s important to shift our perception

As of now, there is only a small, yet growing, portion of humanity accessing and embodying their Soul’s essence. Essence is the single most important substance of the spiritual realms. It is the innate, creative and open expression, intrinsic within us. Its presence, or lack thereof, is what makes up the quality of the Soul. If there were to be an endgame, or purpose that we are here to fulfill, it would be to integrate our Soul’s essence into the physical so as to spiritualize matter.

In order for this to take place we would need to allow for a massive shift in how we relate to the Absolute. This is the primary perception that ultimately and unknowingly sets the tone to our entire life and every aspect within it. It determines the context we view ourselves through, and how much of our infinite nature we will be able to access.

If the individual never grows out of the need for a personalized experience of God such as a father/daughter, or father/son or ‘children of God’ mentality, the Higher Self cannot be embodied. We typically blame the ego for its more grandiose conduct, while failing to recognize its subordinate conduct. The ego has much more at stake in keeping itself subservient to both creation and creator because it can best remain intact this way.

In fact, one of the most challenging barriers between the individual and the embodiment of their Higher Self is understanding there is no entity to give credit to for the totality of the multiverse.

The height of spiritual maturity is not putting oneself below or above God. It’s understanding that the concept that we refer to as God is an eternal energy field with no creator, no beginning, and no end. Our left brain can’t wrap itself around this concept. The implications are too vast for it to process. Its faculties are bound to Space and Time, relativity, hierarchy, and polarity. This is the necessary state for the symbolic left brain. It’s composed this way specifically so that it can dial into the experience of this dimension. However, it does make the process of re-membering all that was dismembered more challenging.

If we can viscerally process the fear and existential dread that block us from leaving our metaphysical comfort zone, we can move through the growing pains that are experienced from merging with our Higher Self.