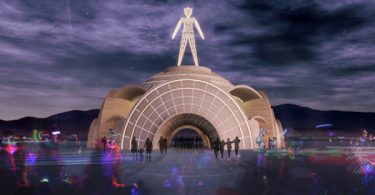 This was beautiful and long over due. Proves to me anyway that we can do it on our own. We don’t need any governmental and corporate guidance or authoritative control. May the renegade burning man ideology spread through out the world PEACE

The Renegade Burn: What Really Happened at Burning Man 2021 and Why It’s So Important For the World

Contributing Writer for Wake Up World

The 2021 Renegade Burn wasn’t just a rogue event in the Nevada Desert, it was actually a revolution! Here’s the real story from someone who was there…

While many Burners sighed in disappointment when the Burning Man Organization officially cancelled Burning Man for 2021, a number of other Burners started to ask themselves and each another, “Why can’t we create Burning Man without the organization?”

In other words, why can’t we do exactly what the original founders of Burning Man did?

You see, Burning Man first began as an “unsanctioned” rogue event where anyone could just show up and participate in whatever way they chose…. often sharing their art, music and other gifts.

In fact, up until the Burning Man Organization took control, every Burning Man “event” was a Renegade Burn…. and with no one calling the shots or dictating the rules, this was the “spark” that started the fire that’s been burning for 35 years!

Thus, Burning Man was born and blossomed through the collaborative vision and effort of the “Burners” (conscious participants) who created Burning Man each year from the ground up without any governing organization….and what resulted was the true, organic spirit of Burning Man.

However, things began to change once an official Burning Man Organization was put in place to manage all the details of the event, including placements of camps, organized streets, porta-potties, and of course, the sales and management of tickets, etc….

How the Renegade Burn Happened!

So, back in April 2021, when the organization officially cancelled the 2021 event, a bunch of random Burners started connecting through social media and making plans….. Now, keep in mind that while most of these people did not know each other, they had one thing in common; they each knew the magic of Burning Man – and thus, they shared a very special, collective consciousness.

So, as plans for the Renegade Burn began to miraculously unfold…. random people volunteered to take on various responsibilities. For instance, someone created a placement map for camps and another person created a guide for events, and as people took on roles of responsibility, everyone involved shared information and offered guidance as the preparation unfolded.

It was decided that we would create the Burning Man City at the same place and at the same time that Burning Man is constructed each year – a large desert area in the middle of the Nevada desert – we call it the Playa.

As various Burners began to plan the 2021 Renegade Burn, potential issues were addressed, and since the area where the city of Burning Man is constructed each year is public land, the Bureau of Land Management (BLM) was consulted.

After careful consideration, the BLM decided that they would not give out any permits for the event, nor would they provide any facilities. In other words, everyone who attended would have to be responsible for their own shit (both literally and figuratively)!

While the Playa is public land, and the “public” is free to camp, the BLM did provide a basic list of “rules” to follow. For instance, while we could not build art installations, or other temporary structures, on the Playa, shade structures were acceptable.

Keeping all this in mind, and so much more, could a group of “renegade strangers” actually build Burning Man without help from the Burning Man organization or the BLM?

I guess we would find out…..

No doubt, everyone who decided to participate in creating the temporary city in the Nevada desert had to take a big leap of faith.

Personally, I’ve been going to Burning Man since 2009, and I started bringing my sons in 2015. In total, we’ve experienced a total of 6 burns together as a family, and in many ways, the Playa taught my boys how to really “Show Up” as loving, responsible men.

Nonetheless, over the years, I’ve heard many long-time Burners talk about how Burning Man started to lose its true magic once the “organization” took control. Apparently, as Burners gave their power away to a few highly paid people (running the organization), the true renegade spirit of Burning Man was lost and suppressed (in both seen and unseen ways).

Unfortunately, I never experienced the real freedom of expression that Burning Man represented prior to the organization. So, the moment I heard about the Renegade Burn, I immediately understood what it represented, and I instantly knew that not only did we have to go and help create the city, we had to create our own camp for the first time.

Without having to jump through the organization’s complicated hoops nor having to navigate the board of bureaucracy, we just decided that we would go to the Playa (the last week in August) and build our own camp – and we would call it “Bliss-Topia”.

When my family and I first arrived on the Playa at 3am Saturday morning, the Playa was deserted, and although there were about 500 people who had already set up individual camps, they were all quite spread out….like loners in the desert.

In fact, if truth be told, there was absolutely no indication that the Burn would actually happen.

There were no roads, no entrance, no attendants, no signs, no tickets, no nothing…. just open desert that went on for miles in all directions. In fact, only through the help of GPS were we able to navigate the dark, open desert.

As we spent the next two full days setting up our camp, we had only faith that other Renegade Burners would show up, just like us.

And you know what? They did!

Day after day, more and more camps popped up, more LED lights came online, more art cars arrived, and more people really SHOWED UP on the Playa, and while most everyone followed the rules of the BLM, many people innovated interesting “work arounds,” such as putting up some very creative (aka artsy) “shade structures”…. if you know what I mean.

From the very beginning, we knew that we were part of something extraordinary, and it was an honor to create Camp Bliss-Topia, where we taught classes and workshops on topics such as, Destiny vs. Free Will, Ayahuasca, and Manifestation. But, little did we know that our 30 foot Dome (aka “shade structure”) would become a Sacred Space for Burners to meditate, pray, and connect deeply with one another. No doubt, bringing that special magic to the Playa turned out to be a huge gift to us!

But, we weren’t alone…..
You see, somewhere around 500 camps (and approx. 20,000 people) also brought their own special magic to the Playa, and by Thursday, it was unquestionably clear…. Burning Man was happening!!!

While there were no organized streets (as most Burners had become accustomed to), there was an organic flow of camps and neighborhoods, and people just figured out how to fit in and go with that flow.

What made it work so well…. is that we communicated, we collaborated, and we harmoniously helped each other.

While the yearly art installations on the Playa are always astounding and magnificent, this year there were no huge art installations, and even though we thought that we would miss them, many of us realized that the usual abundance of art had actually been a distraction from connecting with one another.

Although it’s hard to explain the magic that happens between people on the Playa (at Burning Man),
imagine meeting your soul mate and having an instant and dynamic connection that transforms you from the inside out!

Some seasoned Burners decided to stay home because it was an “unsanctioned burn”, and some even believed that they would betray the B-Org (as they call it) if they attended.

While no one knew how the BLM Rangers or the local county sheriffs would react to the Renegade Burn, most of the “2021 Burners” would agree that the rangers and sheriffs were warm and welcoming, and instead of acting like “law enforcement” (trying to control or intervene), they acted like true and honorable public servants who were there for our safety (as intended in America). Overall, I would say that there was mutual respect and appreciation. Thank you BLM Rangers and Thank you Pershing County Sheriffs!

Surprisingly, injuries, arrests and issues were statistically low for the event, and not only that, believe it or not, by the time I left the Playa, I had never seen it so clean at the end of the event.

Based on one of the Burning Man principals, “Leave no trace,” most seasoned Burners felt an inherent responsibility to take care of the Playa. Therefore, many of us not only picked up after ourselves, we also picked up MOOP (Matter Out Of Place) wherever we found it.

In every sense of the expression, most everyone took care of their own shit, and with no porta potties…. this is really saying something!

No one knows for sure how many people attended the Renegade Burn because there were no tickets issued, and no one to count attendees. However, the number is estimated to be somewhere around 20,000.

So, believe it or not…. a random group of Renegade Burners successfully built an ephemeral city in the middle of the desert – and it was absolutely incredible!

But, not only that… there was a pivotal threshold, when many of us began to realize that what we really created was a revolution…. and in fact, we had created the world’s most joyous revolution!

So, rather than fighting against something that no longer works (and being at war with governments, organizations, corporations, etc…), we turned our attention to what we could co-create together from our hearts, and through a collective vision (and lots of love), we built a magnificent city – and right before our eyes, it became the real-life the City of OZ!

Who would have thought that love could spark such a fabulous revolution?

Why Is This So Important?

You see, humanity cannot evolve until we reclaim our power from false authorities, like governments, corporations, religions and various organizations, and in fact, this is exactly what we need to do in order to evolve.

In case you haven’t noticed, the Universe has been turning up the heat and pushing us in this direction for a while now! So, when you see tyranny or you experience suppression, try to remember that this is the Universe conspiring on our behalf – to wake us up so that we will re-claim and embody our power as sovereign and free beings – and consequently, we will live the way nature intended.

Believe it or not, there’s a growing number of conscious people sprouting up all over the world, and we’re slowly becoming the majority…..but since many of us are spread out, or in some way secluded, we have to do the work to find one other.

Fortunately, this year, the Renegade Burn in the Nevada Desert made it possible for thousands of conscious people to find each other – and, somehow, the Playa became that magical meeting place where we took our power back – and through the power of love, we started a revolution!

We hope this unique revolution sparks a paradigm for humanity to follow!

So, to all you “Renegade Humans,” here’s a beautiful song that might just inspire you too: “World” by Five for Fighting