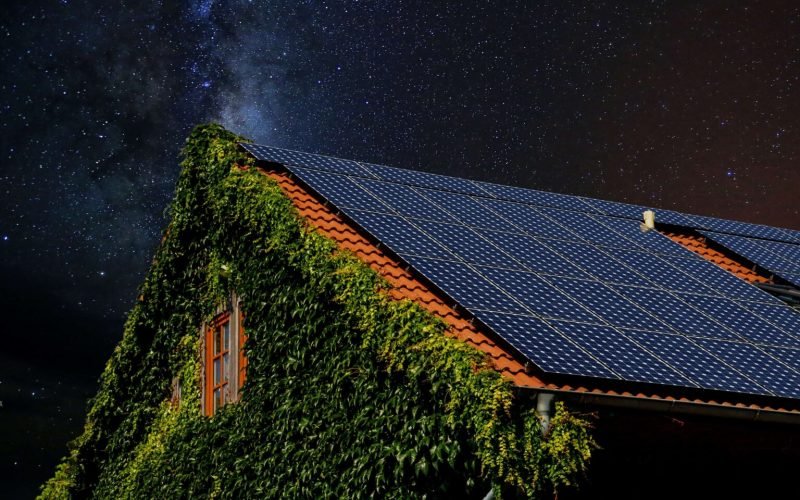 Solar Energy at Night Inventions and Beyond

Another great post by the CE gang. They again talk about other more efficient energy devices that are out there and are being held back by the controllers of this planet. I have been reading about these inventions for the last 10 to 15 years or so. Yet none of them are allowed to see the light of day. When will the 8 Billion of us stand up to these complexes/conglomerates/corporations/governments and there stupid laws that benefit them to control us and demand they be mass produced?. It truly is a prison planet and the majority of people for some very strange reason like it like that.

Energy is one of the most important elements to any functioning society, and since our modern era of living uses so much power, the industry is always looking to evolve towards newer and more efficient solutions. Furthermore, given the environmental damage that often comes with many of our modern energy generation practices, people have been thinking outside the box to come up with ideas that are harmonious with mother nature.

Solar panel technology has been around for decades, but there are a few main issues with it. First off, you often need sunlight for it to produce enough on demand and stored energy for daily life. There are many areas in the world where that can be an issue in certain seasons. Secondly, during the night energy can’t be gathered so you’re always dealing with a limited time period where you can generate power for the moment or future use. This prompted inventors to imagine a new “anti-solar panel” that is designed to work both during the day and at night.

Typical solar panels work by gathering visible light from the sun and converting it to usable electricity. This energy can be used as it’s created, or it can be stored into battery cells to be used at a later time. That is to say, it might be a sunny day, you and your family are at work so little power is needed at home. When you return home and you need power,  batteries hooked up to your solar panel had been storing the energy collected from the sun during the day, so it’s ready for you to use once you need it even if the sun isn’t out.

No sun for a couple days while your family is at home for the weekend? Well, you can start to see the issues with solar, you might run out of power if you aren’t connected to a standard city power grid as backup.

But now a team at UC Davis is hoping to develop a new strategy relying on having panels that can also generate electricity at night from heat emitted by a device in the infrared spectrum that is used to generate power.

Jeremy Munday, a professor in the Department of Electrical and Computer Engineering, and who leads the research team:

They also explain in another report:

“We were thinking, what if we took one of these (thermoradiative) devices and put it in a warm area and pointed it at the sky? A regular solar cell generates power by absorbing sunlight, which causes a voltage to appear across the device and for current to flow, (but) in these new devices, light is instead emitted and the current and voltage go in the opposite direction, but you still generate power. You have to use different materials, but the physics is the same.”

It’s not yet known how much power this technology might produce, but at this time the UC Davis team estimates perhaps as much as 50W during the night. This is about one quarter of the amount a typical solar panel might produce during the day. While this isn’t a huge amount, one could argue it’s worth it.

But what happens if we think outside the box a little further?

I have personally been exploring new energy technologies for many years, both as a curious mind and a journalist. As a result, I have had a few relationships with several inventors who have truly been thinking outside the box. This has provided us with an inside look at what technologies are out there beyond what most people commonly speak about in the realm of renewables.

I’m talking about technologies that would deeply disrupt our current energy economy and that could provide energy to anyone, at anytime and in a completely clean manner.

Many believe these types of “breakthrough” technologies are nothing more than unicorns – they aren’t real. They believe them to be elaborate hoaxes that only show up online and in YouTube videos. And this is fair to say. There have been may hoaxes, including inventors who didn’t quite have what they had claimed, however, some of these technologies are real and work exactly as claimed.

“I started to examine the breakthrough solutions, and much to my surprise, these concepts have been proven in hundreds of laboratories throughout the world, and yet they have not really seen the light of day. If the new energy technologies were to be set free worldwide, the change be profound, it would affect everybody, it would be applicable everywhere. These technologies are absolutely the most important thing that’s happened in the history of the world.”  – Dr Brian O’Leary, Former NASA Astronaut and Princeton Physics Professor

In our research we came across a device local to us here in Toronto and had the opportunity to see it functioning first hand. We were there alongside a group of third party investors and engineers who were eager to see the technology in action and understand how it functions. Unfortunately for this piece, the NDA we had signed stops me from saying too much more about the specifics, however you can decide whether or not you believe my word that, yes, this technology was very real, worked to produce multiple kilowatts of power, and had the potential to change the way you view energy generation entirely.

We have also explored technologies our friends and colleagues have vetted as well. One of our latest ones from a man in Zimbabwe who invented a power generation system that charges itself via radio frequencies around the device. A truly remarkable idea, one you have to see to believe.

Another friend and colleague of ours, Susan Manewich, has been working to bring these technologies to market for years. Her and her team have travelled around the world vetting various technologies and working with inventors to find viable ways of making their technologies available for mass use. In her travels she has seen that only a small percentage of claims and devices are real and viable, perhaps only 5%. As low at that sounds, it still shows us that there are in fact devices that would completely revolutionize the way we produce and use energy today and yet these devices are not known about and in many cases hidden purposefully from the public.

We talk about this with Susan in great detail during an interview with we did with her as she shares her insight and experience having worked in the ‘new energy’ industry for many years. Dive into this important conversation on CETV here.

Imagine what a society would look like if we had ‘freed’ up the secrecy behind the existence of these breakthrough energy technologies. Do you see humanity thriving? Do you see energy being free of charge for people? If not, do you feel humanity’s existing worldview i.e. competition, separation, etc, might be a barrier to these technologies being used to liberate the way we live?

Finally, if it is humanity’s worldview and belief that we must all compete with one another that gets in the way, does it suggest we might need to go about re-examining our worldview’s in order to live in a more peaceful and harmonious society? It appears as though the solutions are already all here, but the way we think of ourselves and one another deeply holds back a thriving world.