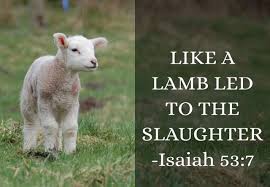 THE WHOLE TRUTH AND NOTHING BUT THE TRUTH

THE WHOLE TRUTH AND NOTHING BUT THE TRUTH – A CLOSER LOOK by KERRY CASSIDY, PROJECT CAMELOT

Over the weekend of February 19-21, a group of journalists, mainly alternative were invited to attend a weekend screening and networking event arranged and hosted by the mysterious Juan O. Savin.  I was one of those journalists.  Also attending were said to be various Hollywood stars, Trump supporters and influencers who were said to have links to the Trump team and some retired military.  Possibly in attendance were alphabet agency types, current military and a few hedge fund managers and financial fund managers who were being wined and dined behind the scenes with the purpose of engineering deals surrounding “energy”.

While the alternative journalists were kept busy first at an exclusive high-end get together at the home of a very wealthy Republican contributor from Vegas society.  Other meetings were being held to arrange for ‘suitcase nukes’ known to power underground bases, to be sold to top siders in Nevada with the intention of using them to power cities above ground.  Why suitcase nukes have suddenly become key to the economic profile of Nevada is unclear.

What was clear was that the day after the ‘networking party”, a Saturday, a meeting of local Republican Party members was held at a top real estate developer’s Country Club.  The purpose of the meeting was to discuss a potential candidate for Secretary of State and the voter fraud and stolen election and what to do about it.

After a few individuals made speeches on the overall situation…Juan O Savin showed up and gave a rallying speech focused on the critical value of nuclear energy to Nevada and how suitcase nukes were the future for the standing of the state within the overall scheme of things.

What was strange was that there was no mention of Tesla tech…(this refers to the original Tesla not Elon Musk’s version).  That is, Tesla’s technology that would give humans free, energy from the vacuum to power cities in a clean no cost way as well as many other ingenious devices that have been hidden from the time of the death of Tesla and the U.S. government confiscation of the inventions.  The idea being that the Tesla tech would put the oil and gas, fossil fuels and nuclear industries out of business.

While it is obvious that Republican Party rests on the foundation established by barons of the old energy industry, the advent of the space age and the result of reverse-engineering of alien space craft, along with Tesla’s inventions pose a problem at the center of this age.  How to transition to a world of unlimited wealth from a world focused on a false notion of scarcity.  This question reaches to the heart of the way human society is organized and controlled based on a financial system that uses scarcity to determine value.

It seems that the Trump team are in a state of confusion over wanting to hold on to their wealth and status while extolling a religious zealotry over family values, a focus on rescuing children from the satanists and at the same time wanting to maintain their power and status wrapped up in the very system where those with power wish to protect the foundation of their power, that is, energy sources that are viewed as finite, destroy the environment  while supplying jobs and income to their minions.  The minions who around the world work for what amounts to slave wages in oil, gas, nuclear and other old energy sectors.

It seems we are at the door of the Arthur C. Clarke story CHILDHOOD’S END… where the aliens are here and with their very presence they offer access to new energy while at the same time stealing our future (in terms of our children) for their own use to be used as food, sex, slaves and for genetic manipulation to allow them to occupy bodies and participate more completely in this 3D/4D level of existence.  Which is also why a ‘fake alien invasion’ scenario giving way to real disclosure of the alien presence is perhaps inevitable.

It was obvious in Trump’s latest speech before CPAC where again he stressed the importance of vaccines (!?!) before a Republican largely old guard contingent.  This to the dismay of those of us watching who know the destruction and deception behind the so-called vaccines which are actually a tool for genetic re-engineering the human genome and quite possibly eliminating a large portion of the population in the process… especially those whose bodies cannot handle the ‘new’ mRNA gene modifications and AI smart dust inoculations.

As I have said numerous times but clearly need to reiterate again… The Trump team are in a dilemma in revealing the ‘rescue of children from Underground bases’ where they are being kept in cages and drained of their adreno/orgone aka kundalini energy and worse… because in doing so they have to explain the EXISTENCE OF THE VAST NUMBER OF UNDERGROUND BASES…many of which contain MASSIVE UNDERGROUND CITIES… all part of the very SECRET, SECRET SPACE PROGRAM.  It is the tip of a very big iceberg so-to-speak.

So what to do when both sides, those who serve the light and those on the dark are both guilty of wanting to preserve the secrecy from the masses of the advanced (some say 10,000 years or more) secret space program while at the same time honor their respective missions.

To my mind, this is the REAL REASON TRUMP AND TEAM have NOT REVEALED publicly in PRESS CONFERENCES evidence for all the world to see of the rescue of children, extent of the depravity of the adrenochrome factories underground and supply chain flowing throughout the world to elites and other satanists and alien groups that feed on this in exchange for technology.

So we have well intentioned people like Juan and Trump who serve the light being caught in a CATCH-22 where they cannot reveal ANY degree of the real truth, FOR THE MOMENT without in essence the whole ‘house of cards’ falling.

What is funny is that those in the know (and there are many) already know the truth…it is only the huddled masses of humans who are deceived and live in their own private worlds and prefer the illusion of the self-deceived as televised by the brain-dead programmed mainstream.

This to me is also the tragedy of our times.  The Jack Nicholson famous statement, “YOU CAN’T HANDLE THE TRUTH” is not only mouthed by the Illuminati and their minions but sadly by the Trump team and their ‘spokespeople’… whether subliminally in their daily repetitious videos or literally in your face.  This is the travesty  that groans on day after day while even the DEDICATED TRUMP FOLLOWERS listen to the sad condolences from their only sources of intel ….telling them to stay calm, eat popcorn and watch while second by second more die of vaccines, false medicine and more children die and are tortured right beneath our feet.

WE ARE WATCHING YOU