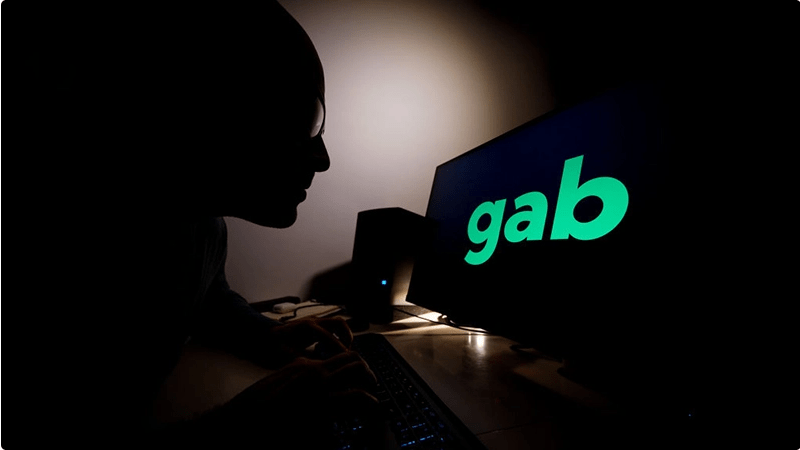 Has Corpocracy continues to push to restrict and tighten the noose around our necks. They have been trying to circle the wagons for the last few years using every lame excuse they can think of. But freedom of speech has long has it is in moral reason will always win. Good always wins. This will be a long and epic battle. Corpocracy versus Democracy. Keep push’in be respectful, honest, moral and truthful. Do not sway from that construct no matter how tough it gets. Always find a alternative way. There is always a work around.

Speaking exclusively to National File, Andrew Torba, the CEO of Gab, said that the New Tech platform was banned from three different banks in the last three weeks alone for political reasons. One of the banks told Torba on Monday morning that they could no longer do business with the site because of “all the bad things the press has written about Gab.”

Following the removal of President Trump from most Big Tech platforms in the last few weeks of his presidency, New Tech social media sites like Gab skyrocketed in traffic, as millions of users flocked away from the censorship of Facebook, Twitter, and others. Gab received 272 million visits in January, outperforming legacy media competition such as NBC News, The Wall Street Journal, Breitbart, and TMZ, by a huge margin.

“Gab follows the law and operates a legal business in the United States,” Torba told National File. “We sell hats, shirts, and a software license to our GabPRO service. We have a community that respects law and order. Yet we have banks and other services banning us left and right.”

Torba encouraged anyone who believes in free speech to “seek out Christian banks and local credit unions, and to stop doing business with banks that do not share or support American values.” He argued that it won’t be long before “churches, businesses, and individuals who refuse the woke orthodoxy of critical theory that has consumed every corner of our culture” will also be refused service by banks.

“We must proactively cancel them all before they cancel us,” Torba concluded. The banks are not the first financial service to have rejected and “cancelled” Gab – in 2018, PayPal terminated their relationship with the free speech social network.