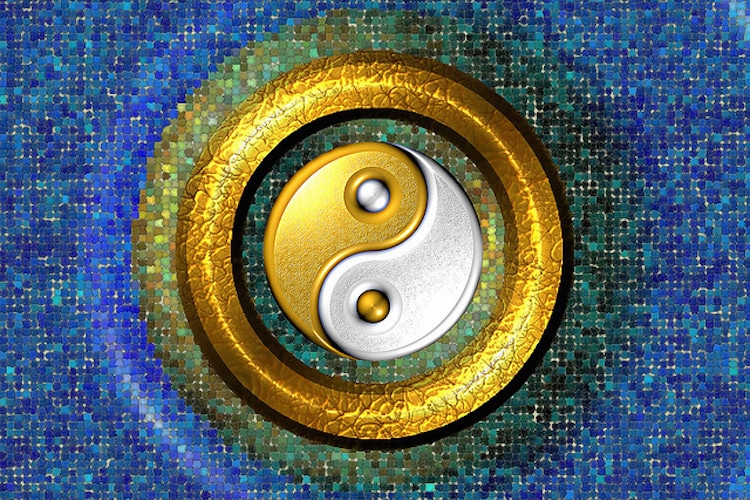 The way we should handle things at this moment in time..

Editor’s Note: I wrote this in 2018 and find it more relevant today. How are you doing? Are you finding peace in all the madness?

There’s an old saying, rumored to be an ancient Chinese curse, but it’s been a favorite in the West for some time now.

“May you live in interesting times.”

Political figures like to use it when they want to emphasize just how screwed up things are. For example, Robert Kennedy is quoted here from a speech in 1966:

Sounds pretty much like today, as the times are indeed interesting. Shocking and unbelievable things are happening all around us, and with information technologies we can choose to internalize struggles, tragedies and disasters that are far outside of our sphere of personal experience or control. It’s easier than ever to take on the weight of the world.

The burden of doing so is quite heavy, though, manifesting as stress, anxiety, depression, self-abuse or the abuse of nature, conflict big and small, anger, disease, uneasiness, unhappiness, and most insidious of all, fear. In short, absorbing the world’s problems is self-destructive. To resolve this within ourselves, however, it most often only takes a shift in perspective.

Lao-Tzu, the Old Master of Taoism, condensed the human struggle into the prose of the Tao Te Ching. It’s not a religious text, as it doesn’t hail a deity or command you to construct a belief system on its behalf. It’s a simple book of observations about the nature of nature, something that after 2500+ years still manages to serve as a salient guide to living well. For those who understand it, it offers a way of being that helps keep the madness of change at bay.

In times such as these, when uncertainty and chaos seem to be rising against the established order, and when so much discourse is focused on politics and untouchable events and circumstances, it really is up to the individual to create peace, harmony and balance within themselves.

But as humans, we have a tendency to try to control that which is beyond our control, in turn contributing evermore to the development of chaos and disorder. In truth, it is far easier to navigate such discord than we believe, and the way is far simpler than we imagine it to be. Consider for a moment the Taoist view regarding such interesting times.

When society changes
from its natural state of flux,
to that which seems like chaos,
the inner world of the superior man
remains uncluttered and at peace.
By remaining still, his self detached,
he aids society in its return
to the way of nature and of peace.
The value of his insight may be clearly seen
when chaos ceases.

Here we are informed of the value of tending to the inner world first, which requires the gumption to detach and allow things to be as they are. We are encouraged to let go of personal expectations in order for muddled waters to clear.

The sage does not expect that others
use his criteria as their own.

It is virtuous to allow others to hold whatever insane beliefs and ideas they choose to, and disengage from the struggle to enforce our opinions and values onto others.

When intellectualism arises,
hypocrisy is close behind…

When the country falls into chaos,
politicians talk about ‘patriotism’.

Govern your country with integrity,
Weapons of war can be used with great cunning,
but loyalty is only won by not-doing.
How do I know the way things are?

Doing nothing, as advised in the Tao Te Ching, runs in opposition to the cultural zeitgeist, but just imagine how quickly things would change if more people chose to withdraw and not participate in the insanity all around us.

As individuals we face the same challenges as all of those who’ve come before us. We’ve always had to survive and procreate while striving for progress. That’s the human journey in nutshell, and while it isn’t always pretty, it’s always the same story, no matter how complex things become.

Our role, then, is the role of the sage, which is to act in accordance with nature rather than to resist nature.