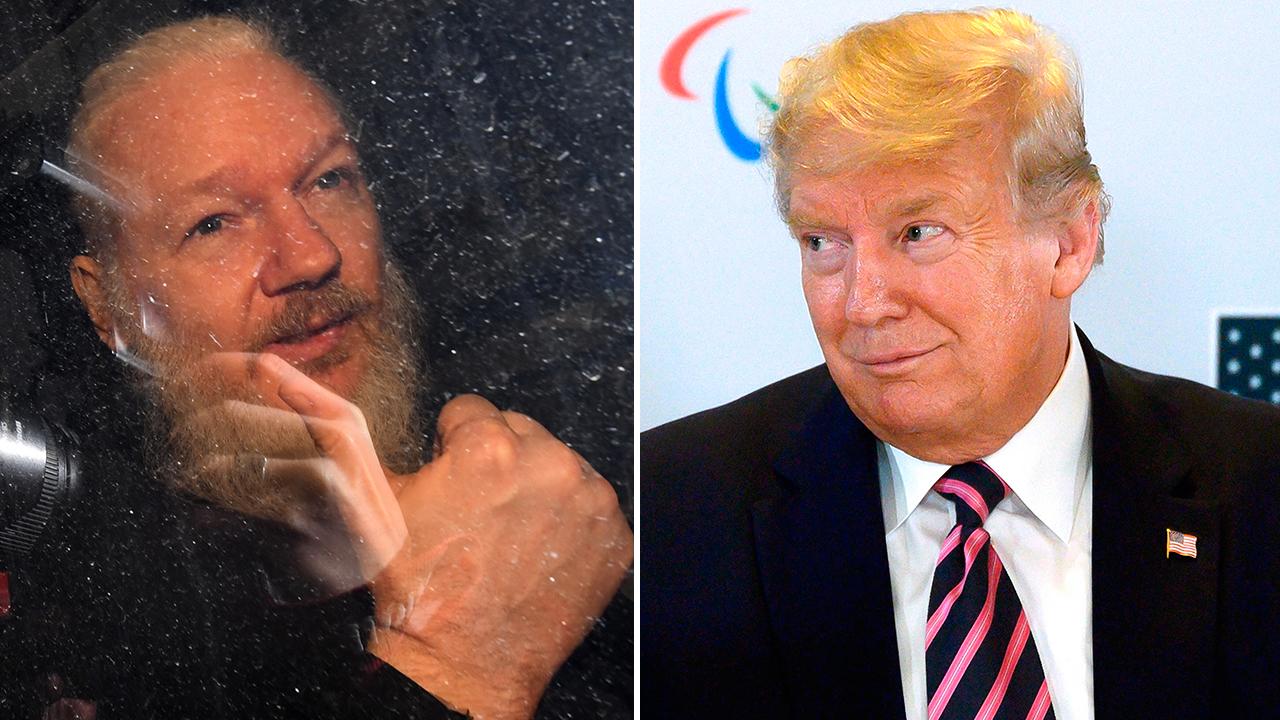 Right now we in this world are still going no where fast. The rich are getting richer the middle class is being eliminated the poor are getting poorer. Until that changes nothing changes. No matter what government that we supposedly elect for our voices to be heard. Time for us to change our mindsets and move on from this continuous corruption and greed and the favoured corporatocracy of laws that has been bestowed upon us has a way of living.

What Happened: In a slew of pardons and commutations issued during the final hours of his presidency, Donald Trump did not pardon Wikileaks founder Julian Assange. NSA whistleblower Edward Snowden recently posted a tweet from former Maine State senator, Eric Brakey, that reads as follows: “The Failure to pardon Assange, Snowden and Ulbricht is a great final act of cowardice and submission to the Deep State.” Deep state refers to the influence and sway that various powerful people, corporations, financial institutions and more have on political politicy around the world. These days many people believe that America, for example, no longer represents a democracy but rather a ‘corporatocracy’ so to speak.

When it comes to Julian Assange, we are talking about a man who exposed a number of immoral and unethical actions by several governments. Wikileaks exposed, in great detail, the corruption that plagues these ‘institutions’ as well as the corruption that lives amongst dozens of powerful corporations that control almost every aspect of our lives, from food, to health, to energy resources and more.

–>Listened to our latest podcast episode yet? Joe speaks with Franco DeNicola to explore how we can overcome fears and uncertainty during this time. This episode includes some helpful exercises as well. Click here to listen!

In response to the leaks made by Assange, and other people like Snowden for example, the US government’s classic response was and still is that by leaking the information they did, they put America in harm’s way. They often say this citing the fact that they leaked classified information.

JFK warned the citizenry about “an announced need for increased security” that would be “seized upon by those anxious to expand its meaning to the very limits of official censorship and concealment.” This is what’s happening today.

When it comes to Julian Assange I like to share a hard-hitting quote that always comes to mind every time I write about him. It comes from Nils Melzer, Human Rights Chair of the Geneva Academy of Int Humanitarian Law and Human Rights, Prof of Int Law at the University of Glasgow, UN Rapporteur on Torture and Other Inhumane or Degrading Treatment or Punishment.

Why This Is Important/Final Thoughts: The silencing and straight ridicule of truth and/or information that again, threatens various political, corporate, financial and elite agendas is commonplace today. I’ve said it before and I’ll say it again, today we have a digital authoritarian Orwellian “fact-checker” patrolling the internet telling people what is and what isn’t, deciding for the user what they are allowed to see and what they aren’t allowed to see. Censorship of people like Assange and organizations like Wikileaks has really ramped up. Independent media outlets, (like Collective Evolution), and what seems to be thousands of scientists, doctors, journalists, academics and people who simply present information, evidence and opinions that go against the grain are having their social media accounts removed. This is why we here at Collective Evolution are encouraging all of our followers to join our Telegram account. It’s a censorship free platform.

Assange has been subjected to extremely inhumane conditions and torture. What’s happening with him is not only sad, but it’s truly alarming and what’s even more concerning is that many people don’t have any idea about it. He is being completely ignored by the mainstream media and whenever they do cover it, they do so with the perception that he actually did something wrong. Did he?  They’ve run an absolute smear campaign on him.

I came across an interesting post by activist Greg Bean. In it, he brings up Johannes Gutenberg, the man who first introduced the printing press to the world.

He writes about how that single act created a free press, which gave birth to the concept of freedom of speech, and how the two are “inextricably linked; printing is a form of speech.”

Gutenberg’s invention started the Printing Revolution, a milestone of the 2nd millennium that initiated the modern period of human history including the Renaissance, the Reformation, the Age of Enlightenment, and the Scientific Revolution, and began the knowledge-based economy that spread learning to the masses. Such mass communication permanently altered the structure of society. Removing control of information from the hands of the powerful and delivering it into the hands of the disempowered.

The broad circulation of information, including revolutionary ideas, in many languages, undermined Latin’s dominant status and the authority previously held by those trained in Latin, it transcended borders, threatened the power of political and religious authorities, increased literacy breaking the monopoly of the literate elite on education and learning, and bolstered the emerging middle class. It increased cultural self-awareness and cultural cohesion and undermined the authority of distant rulers and high priests.

WikiLeaks’ threat to the powerful was recognised and every effort was, and is, being made to criminalise anonymous leaking, which would be akin to criminalizing Gutenberg’s printing press, but there is not much chance this criminalisation will succeed.