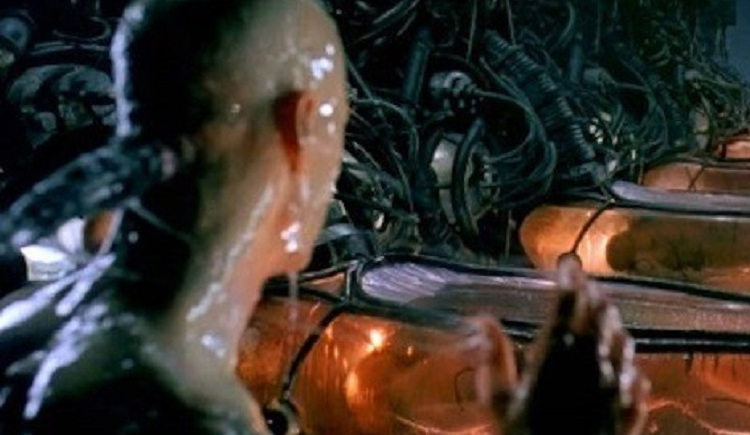 I have been watching this happen for the last 3 years or so. I have been part of the rumblings about this media topic of manipulation for the last 15 years. It was one of the reason I created my website and I have preached to everybody that a knew there are 2 sides to every coin. Finally our world is awake and ready to do battle hopefully peacefully with the rulers of our current world PEACE to everyone

Get the latest Waking Times articles delivered to your inbox. Sign up here.

It’s difficult to understand what’s going on in the world.

The public would rise up and use their strength of numbers to overthrow the powerful if they understood what’s going on in their world because then they would understand that the powerful have been exploiting, oppressing, robbing, cheating and deceiving them while destroying the ecosystem, stockpiling weapons of armageddon and waging endless wars, for no other reason than so that they can maintain and expand their power.

The public do not rise up and use their strength of numbers to overthrow the powerful because they have been successfully manipulated into not wanting to.

The public have been successfully manipulated into not wanting to rise up and use their strength of numbers to overthrow the powerful due to the way the powerful have been able to shore up mainstream narrative control in the form of purchasing mass media outlets, funding think tanks, buying politicians, implementing government opacity, pushing internet censorship, and other forms of perception management.

The powerful use their control over mainstream narratives to ensure that enough members of the public believe they live in a free democracy where things aren’t perfect but it’s the best you could ask for, instead of in a corporatist oligarchy wherein the powerful exploit, oppress, rob, cheat and deceive them while destroying the ecosystem, stockpiling weapons of armageddon and waging endless wars.

As long as the powerful are able to exert control over mainstream narratives, there will never be enough members of the public willing to use their strength of numbers to shake off the powerful and create a healthy society.

The powerful will remain capable of exerting control over mainstream narratives for as long as the public maintains its current unhealthy relationship with mental narrative.

A collective shift into a healthy relationship with mental narrative would mean thought becomes the useful tool we evolved it to be rather than this noisy, compulsive head-chatter which dominates our lives where we are driven by fear and attachment to imbue an endless string of mental stories with the power of belief.

If we had a healthy relationship with mental narrative we would naturally view stories about what’s going on in the world far more objectively, because rather than glomming onto them out of fear and attachment we would have psychological space enough to look at them and critically examine whether or not they are useful tools for us to use in the present moment.

If humanity collectively made such a transition on a mass scale–a transition which sages across the millennia assure us humans are fully capable of–then humanity would become impossible to propagandize effectively.

If humanity becomes impossible to propagandize effectively, the lies will be impossible to conceal via mainstream narrative control, and humanity using the strength of its numbers to create a healthy society will become an inevitability.

And the funny thing is, in a weird way from way out of left field that nobody could possibly have anticipated, humanity’s current relationship with mental narrative appears to be drawing to a close.

The narratives are breaking down.

People’s old ways of understanding what’s going on in the world just aren’t holding together anymore.

Trust in the mass media is at an all-time low, and it’s only getting lower.

People are more aware than ever that anything they see can be propaganda or disinformation.

Deepfake technology will soon be so advanced and so accessible that nobody will even trust video anymore.

The leader of the most powerful country on earth speaks in a way that has no real relationship with facts or reality in any way, and people have just learned to roll with it.

The entire media class will now spend years leading the public on a wild goose chase for Russian collusion and then act like it’s no big deal when the whole thing turned out to be completely baseless.

There’s a virus causing a massive disturbance in the entirety of human civilization with two wildly different narratives about it running simultaneously, and both sides are 100 percent convinced that all the facts have fully vindicated their position.

There are protests where people are becoming more and more aware that they are being fed empty narratives of approval and understanding while their core demands are going completely unaddressed.

There’s a presidential election between two obvious dementia patients and the mass media are all pretending that’s fine and normal despite what people can see with their own eyes.

New cold war escalations between the US-centralized empire and the unabsorbed governments of China and Russia are going to cause the media airwaves around the planet to become saturated in ever-intensifying propaganda narratives which favor one side or the other and have no interest in honestly telling people the truth about what’s going on.

Now they’re even babbling about UFOs.

It’s all accelerating toward a white noise saturation point.

How long do you think we can go on like this?

How far do you think humanity’s relationship with narrative can be stretched before it snaps completely and forces a completely new way of being?

How long before it becomes more and more common for people to begin looking to themselves as individuals to determine which narratives are useful to them instead of looking to establishment narrative managers like they used to?

How long before people find themselves more and more often asking the question “Is this true?”

How long before people find themselves more and more often asking the question “What is truth?”

How long before people find themselves more and more often asking the question “What else have I been deceived about?”

How long before people find themselves more and more often asking the question “How else have I been deceiving myself?”

The current strain that is being placed on our collective relationship with narrative is completely unsustainable.

We are now, as a species, collectively squeezing ourselves out of our old unhealthy relationship with narrative.

It’s all crumbling to the ground.

This cannot be a bad thing.

It could end up being very, very good.