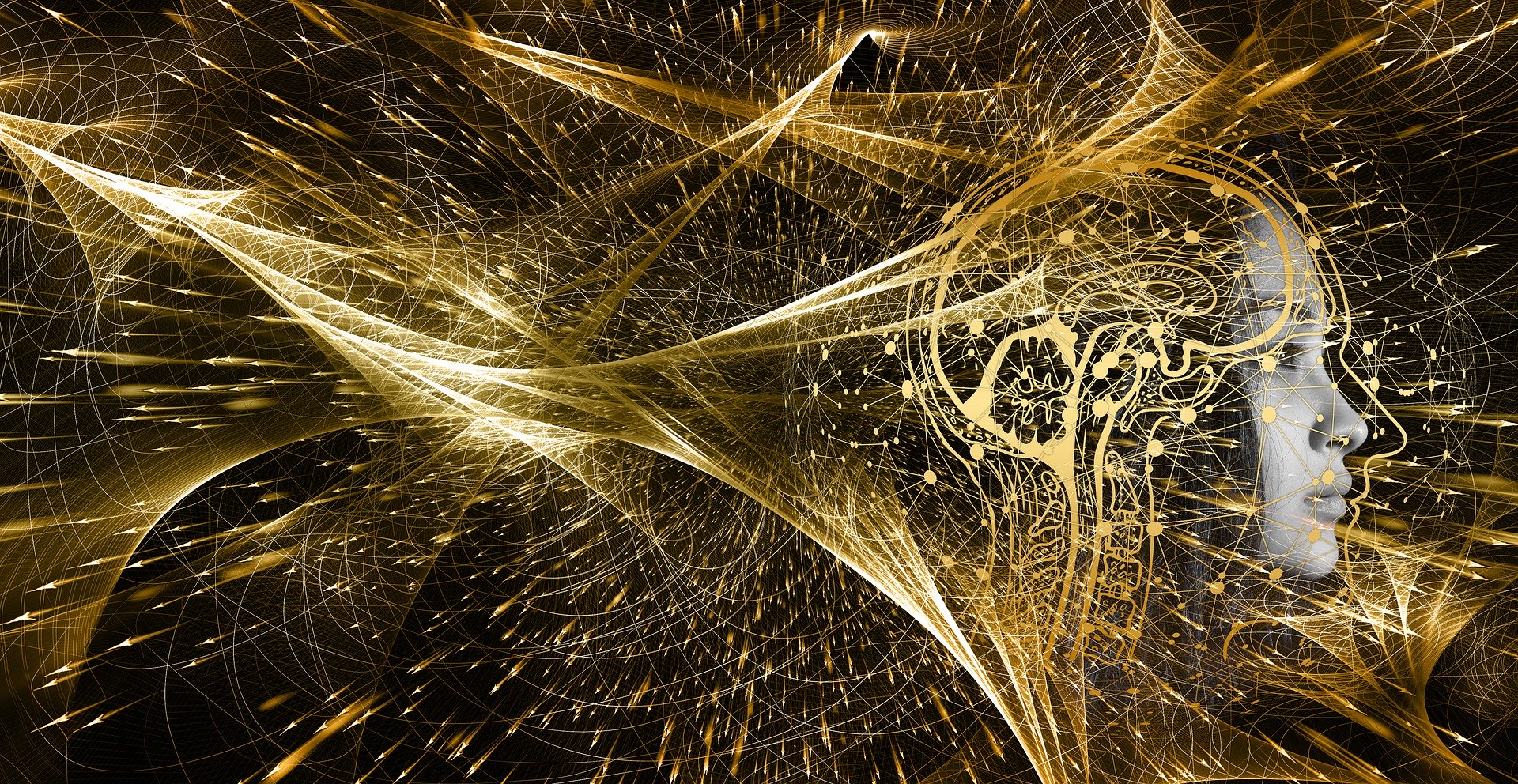 Reminds me of a book I read Called Not In His Image a few years back and how it all ties in. That is if you are a dot connector. Big thanks to Arjun

What Happened: In 2005, Professor of Physics and Astronomy at Johns Hopkins University Richard Conn Henry published a paper in the journal Nature titled “The Mental Universe.” In it, he writes the following:

A fundamental conclusion of the new physics also acknowledges that the observer creates the reality. As observers, we are personally involved with the creation of our own reality. Physicists are being forced to admit that the universe is a “mental” construction.

Pioneering physicist Sir James Jeans wrote: “The stream of knowledge is heading toward a non-mechanical reality; the universe begins to look more like a great thought than like a great machine. Mind no longer appears to be an accidental intruder into the realm of matter, we ought rather hail it as the creator and governor of the realm of matter… The universe is immaterial-mental and spiritual.

The underlying idea he’s getting across with this statement is that in some way shape or form, consciousness is directly intertwined with what we perceive to be our physical material world, and that the nature of reality is made up of non-physical “stuff.”

He goes on to emphasize how, in the modern day scientific world, “there have been serious attempts to preserve a material world – but they produce no new physics, and serve only to preserve an illusion.” This illusion he refers to again, is the idea that the make up of our reality is strictly and fundamental physical.”

Physicists shy from the truth because the truth is so alien to everyday physics. A common way to evade the mental Universe is to invoke ‘decoherence’ — the notion that ‘the physical environment’ is sufficient to create reality, independent of the human mind.

Nikola Tesla is often attributed with saying, “The day science begins to study non-physical phenomena, it will make more progress in one decade than in all the previous centuries of its existence.” Many scientists, I would say the majority of scientists in this field all feel the same way, yet there is still a tremendous lack of attention paid to immaterial science in the mainstream academic world. This is odd given the fact that at the highest levels of government, usually with the Department of Defense, non physical phenomenon like telepathy, clairvoyance, remote viewing, pre-cognition and more are all and have been heavily studied and verified for a very long time. These phenomena are within the realm of parapsychology, which is directly intertwined with quantum physics.

What convinced me was just the evidence, the accumulating evidence as I worked in this field and I got to see more and more of the evidence. I visited the laboratories, even beyond where I was working to see what they were doing and I could see that they had really tight controls…and so I got convinced by the good science that I saw being done. And in fact I will say as a statistician I’ve consulted in a lot of different areas of science; the methodology and the controls on these experiments are tighter than any other area of science where I’ve worked. – Dr. Jessica Utts, the Chair of the Department of Statistics at the University of California, Irvine and a professor there since 2008. (source)STAY AWARESUBSCRIBE TO OUR NEWSLETTER  SUBSCRIBE

A paper published in Frontier’s of Neuroscience Emphasizes:

Research on parapsychological phenomena (psi) is being carried out in various accredited universities and research centers throughout the world by academics in different disciplines trained in the scientific method (e.g., circa 80 Ph.D.s have been awarded in psi-related topics in the UK in recent years). This research has continued for over a century despite the taboo against investigating the topic, almost complete lack of funding, and professional and personal attacks (Cardeña, 201). The Parapsychological Association has been an affiliate of the AAAS since 1969, and more than 20 Nobel prizewinners and many other eminent scientists have supported the study of psi or even conducted research themselves (Cardeña, 2013).

So why is there such a strong resistance? Could it simply be the implications with regards to the findings within these realms are too great? When physics changes, so do global paradigms and the perceptions people have of our world. Some discoveries literally have the ability shatter the way we perceive our modern day world, and perhaps change the way we live and even have us question the way we live.

Cassandra Vieten, PhD and President/CEO at the Institute of Noetic Sciences, an organization founded by Apollo 14’s Dr. Edgar Mitchell to study consciousness and its relationship with the nature of our reality, offers a thoughtful explanation:

There seems to be a deep concern that the whole field will be tarnished by studying a phenomenon that is tainted by its association with superstition, spiritualism and magic. Protecting against this possibility sometimes seem more important that encouraging scientific exploration or protecting academic freedom. But this may be changing. (source)

Take, for example, prominent physicist Lord Kelvin, who stated in the year 1900 that, “There is nothing new to be discovered in physics now. All that remains is more and more precise measurement.”It wasn’t long after this statement when Einstein published his paper on special relativity. Einstein’s theories challenged the accepted framework of knowledge at the time, and forced the scientific community to open up to an alternate view of reality.

It serves as a great example of how concepts that are taken to be absolute truth are susceptible to change.

A few years ago, a group of internationally recognized scientists have come together to stress the importance of what is still commonly overlooked in the mainstream scientific community – the fact that matter (protons, electrons, photons, anything that has a mass) is not the only reality. We wish to understand the nature of our reality, but how can we do so if we are continually examining only physical systems? What about the role of non-physical systems, such as consciousness, or their interaction with physical systems (matter)?

Despite the unrivaled empirical success of quantum theory, the very suggestion that it may be literally true as a description of nature is still greeted with cynicism, incomprehension and even anger.” (T. Folger, “Quantum Shmantum”; Discover 22:37-43, 2001)

Just to reiterate, at the turn of the nineteenth century, physicists started to explore the relationship between energy and the structure of matter. In doing so, the belief that a physical, Newtonian material universe that was at the very heart of scientific knowing was dropped, and the realization that matter is nothing but an illusion replaced it. Scientists began to recognize that everything in the Universe is made out of energy. This has been known in the scientific community for more than one hundred years.

The “quantum double slit” experiment is one that has been used to examine the connection between physical matter and human consciousness. It brings up what’s known as quantum uncertainty  which is defined as the ability, “according to the quantum mechanic laws that govern subatomic affairs, of a particle like an electron to exist in a murky state of possibility — to be anywhere, everywhere or nowhere at all — until clicked into substantiality by a laboratory detector or an eyeball.”

A paper published in the peer-reviewed journal Physics Essays explains how this experiment has been used multiple times to explore the role of consciousness in shaping the nature of physical reality.

It was published by Dr. Dean Radin, who you will see in the lecture below. He’s the chief scientist at the Institute of Noetic Sciences.

He produced incredible results: Human intention, via meditators, was able to actually collapse the quantum wave function. The meditators were the “observer” in this case.

In fact, as Radin points out in his lecture, a “5 sigma” result was able to give CERN the Nobel Prize in 2013 for finding the Higgs particle (which turned out not to be Higgs after all). In this study, they also received a 5 sigma result when testing meditators against non-meditators in collapsing the quantum wave function. This means that mental activity, the human mind,  attention, intention, which are a few labels under the umbrella of consciousness, compelled physical matter to act in a certain way.

“Observations not only disturb what has to be measured, they produce it. . . . We compel [the electron] to assume a definite position. . . . We ourselves produce the results of the measurement.”

So where does physical material matter come from, and why does an invisible force like human consciousness affect it?

All perceptible matter comes from a primary substance, or tenuity beyond conception, filling all space, the akasha, or luminiferous ether, which is acted upon by the life-giving Prana or creative force, calling into existence, in never-ending cycles all things and phenomena.” – Nikola Tesla, Man’s Greatest Achievement, 1907

One of many, in fact, who had been contemplating the ether and its relation to what we perceive as physical material matter. In ancient times, Plato referred to the ether. This is from his work Phaedo:

“And upon the Earth are animals and men, some in a middle region, others (elementals) dwelling about the air as we dwell about the sea; others in islands which the air flows round, near the continent; and in a word, the air is used by them as the water and the sea are by us, and the ether is to them what the air is to us.”

And here is another interesting quotation from this ancient text:

And they allowed Apollonius to ask questions; and he asked them of what they thought the cosmos was composed; but they replied; “Of elements.”

“Are there then four?” he asked.

And how can there be a fifth,” said Apollonius, “alongside of water and air and earth and fire?”

“There is the ether.”

Even Rene Descartes proposed the theory that “space,” (what we perceive as empty space) is completely filled with matter in various states. There is evidence to suggest he was executed by the Church because his science entered into the realm of metaphysics.

The Takeaway/Why This Is Important: With so much evidence showing that human consciousness is directly intertwined with our physical material reality, it further suggests that our own feelings, emotions, perceptions, and ‘state of consciousness’ is a a key factor when it comes to creating and shaping our human experience. What state of being are we all operating from on a daily basis, and what impact does this have on our reality, on our human experience? If we want to change the world, how important is it that we create from a place of peace, and love?

What kind of reality are we going to create if our thoughts and perceptions if major global events are not really ours, but given to us from an outside source like mainstream media? How dow we react to events? Are your thoughts and feelings about what happens on planet earth even ours? Is our consciousness manipulated by powerful people? What kind of impact does this have on our state of being? If we want to create a new human experience, we can’t do it from the same level of consciousness that got us here in the first place. Can we ever really identify a “God particle” when it’s most probably that matter is birthed from an immaterial realm?