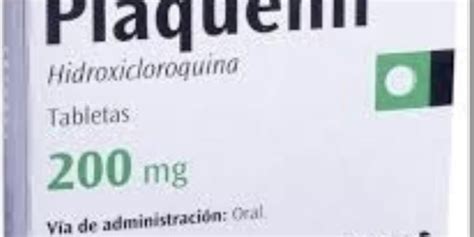 NO PROFIT for Big Pharma

Uncle Donnie showing the world the real truth time after time after time. He is not perfect by know means. But he is a hell of lot better then whats been there before him. Despite the unnecessary corrupt one sided media bashing Which we all know has FAKE NEWS. Thanks CE for this

Was Trump Right? New Study Shows Success With Use Of Chlorine Dioxide On COVID-19

US President Trump recently became the laughing stock of mainstream media for suggesting that disinfectant should be injected into people to fight against the virus. While the media may have blown the context of his statements out of proportion, a recently published preliminary study shows he may have actually been right. advertisement – learn more

A clinical trial, involving more than 100 patients suffering from COVID-19, who were given chlorine dioxide, both orally and/or intravenously, showed that patients were cured within 4 days, so says biophysicist Andreas Kalcker. The trial was carried out by the Asociacion Ecuatoriana de Medicos Expertos en Medicina Integrativa, overseen by a medical group of clinicians in Ecuador.

These noteworthy results deserve much more research, but like other alternative treatments, you might guess that this information will be censored in the coming days.

Chlorine dioxide, an incredibly cheap and easy to produce solution, has been widely used for many purposes including disinfecting bottled drinking water. Most humans have come into contact with CLO2 as a result of its common uses.

You can learn more about CLO2 and this new study in the video below from Andreas Kalcker.

Chlorine dioxide is registered with the EPA (Registration No. 74986-1), as it is considered an ‘excellent’ bactericide, fungicide and antimicrobial agent.  It is also interesting to note it has passed the EPA’s stringent DIS/TISS guidelines for use as a disinfectant and as a food-contact surface sanitizer.

It also being used to clean transport, a bus company in Sacremento shared that they using chlorine dioxide to disinfect its seats of Coronavirus.

Are people dying needlessly of COVID-19 while on ventilators? This is a question many people have been asking given the amount of people who have been dying after being o ventilators for an extended period of time. Stay Aware Subscribe To Our Newsletter

According to Mike Adams of Natural News:

Ecuador has been hit particularly hard by the coronavirus, and the current “standard of care” promoted by Western medicine — largely based on the use of ventilators — has been killing the vast majority of critical patients while utterly failing to address the real root of the problem.

Covid-19 isn’t an Acute Respiratory Disease (ARD), it turns out. Rather, it often presents as an inflammation and blood clotting condition (see The Lancet research, below) which causes the blood to be unable to carry oxygen, resulting in patient hypoxia and eventual asphyxiation.

This is why intravenous chlorine dioxide — which immediately delivers a high dose of oxygen to blood cells — is believed to work so effectively against covid-19. It reportedly restores the oxygen-carrying capacity of hemoglobin and clears the clotting in the lungs, all while destroying pathogens.

This information may not be commonly known, but there are many patents involving the use of Chlorine dioxide.  These two are very interesting:

Disclosed is an injection containing chlorine dioxide in therapeutic applications such as in-vivo stem cell regeneration, anti-tumor and anti-aging

This one is about treatment for treating respritory viruses. Disinfection, sterilisation or deodorisation of air using gaseous or vaporous substances, e.g. ozone

Mainstream media has stated that oral use of chlorine dioxide is ‘dangerous,’ but is that entirely accurate? Depending on the dose used, as with any potential medicine, it can be completely safe and effective as discussed in Kalcker’s video above. If you’d like to do more research for yourself on the subject, including exploring the safety of ingestion, please check out these scientific papers.

The World Health Organisation promotes that chlorine dioxide is a safe, non toxic, water disinfectant. You might like to read about the findings of chlorine dioxide showing no toxic effects to kidneys, and that it does not have evidence it has mutagenic or carcinogenic effects.  Some of the studies on animals were carried out for 2 years, and three months on humans.  This was the conclusion:

Studies in healthy adult male volunteers lasting up to 12 weeks showed no clear treatment related effects on blood, urine analysis or physical examination at doses of sodium chlorite (Chlorine Dioxide)  and sodium chlorate estimated to be in the region of 0.036 mg/kg bw per day, expressed as chlorite or chlorate. The authors concluded that the absence of detrimental physiological responses within the limits of the study demonstrated the relative safety of oral ingestion of chlorine dioxide, chlorate and chlorite (Lubbers, Chauhan & Bianchine, 1981, 1982; Lubbers  & Bianchine, 1984; Lubbers et al., 1984a,b).

Read the WHO’s own paper here.

When we see results like we see with CLO2, should it not be standard practice to explore these possibilities with open hearts ad open minds to see if we can come up with a fast solution to global challenges? Why is there little coverage of information like this? Why is so much effort spent casting doubt and debunking solutions like this without proper testing? Why is the focus always on expensive, profitable and potentially unsafe vaccines?