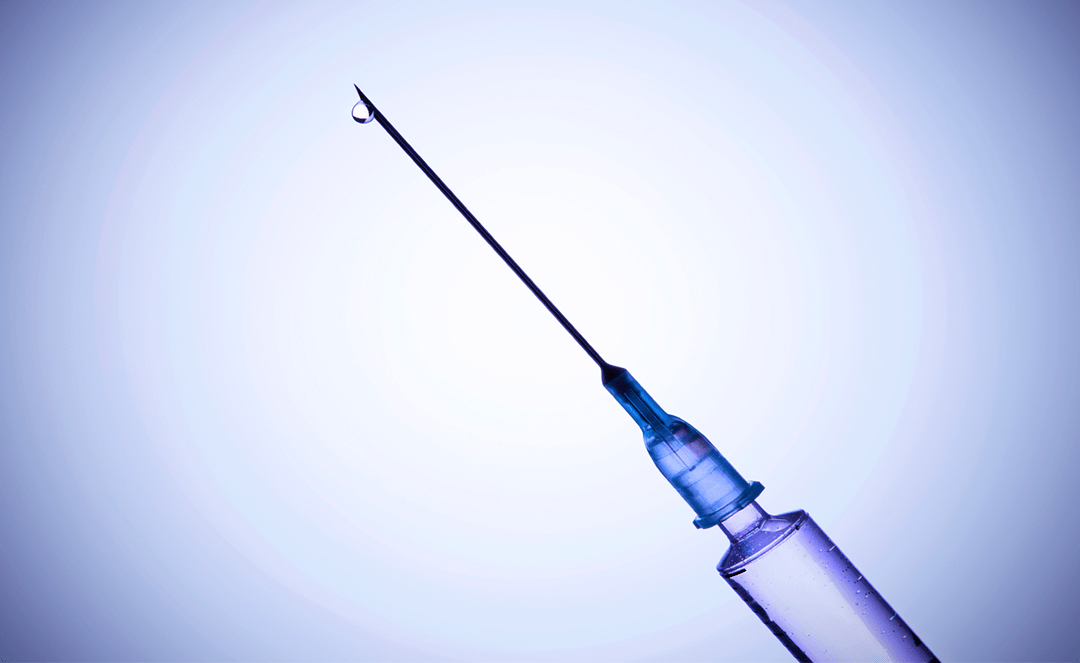 The Humanity Setup (Jab and Trace)

This is kind of like watching a movie where you know the ending.

Special note to readers: This is the most comprehensive investigation into both sides of the vaccine debate. Researchers, medical professionals and scientists, come together to bring you the information you need to know in order to make educated decisions about vaccines. The global viewing event for The Truth About Vaccines begins April 22.

“HOLY CRAP! Just went to @BillGates Instagram. How is no journalist reporting that millions of people from around the world are in his comments saying they want nothing to do with his corruption. Japan, Morocco, Germany, Indonesia, Italy, Africa…” This is a tweet from Candace Owens published a couple of days ago, as soon as I saw it I rushed over to Bill Gates’ latest instagram post, the one where he is holding up a sign that reads “Thank you health care workers.” I was not surprised to see that Owens was correct, except for the “millions of people part,” from what I see so far there are nearly three hundred thousand comments, with many people expressing the fact that a lot of them are continuously being deleted, so perhaps Owens was right. Regardless, the number of comments that seem to question, call out, and down right accuse Bill Gates of crimes against humanity is overwhelming and interesting to say the least.

I was disappointed to see so much hate and judgement, that’s never at all needed and only reinforces what we are trying to ‘fight’ against. Every action certain people and governments take seems to spark more critical questioning within people. So instead of dwelling in fear, we now have tools that will further the awakening of humanity into empowerment and autonomy. What’s happening right now is a positive thing, various governments and those who they’re connected to will take actions, but how we respond to it is up to us.

Apart from the everyday Joe like you and me, there are multiple ‘influencers’ with millions of followers who have also left criticisms. I am looking through the comment feed right now.  Candace Owens, for example, writes “Wow. Looks like your #coronavirus fame has backfired, hardcore. Going to have to pas on any vaccines you’re cooking up as well – but I do wish you well.”

Many of the comments emphasize that people will not be taking a coronavirus vaccine. Perhaps this comes in response to the fact that Gates, in a recent interview on Fox News, as well as with other networks, stated that “It is fair to say that things won’t go back to truly normal until we have a vaccine that we’ve gotten out to basically the entire world.” He is funding most of those efforts. You can watch that interview and read more about it here, and why those comments are being questioned by many, including myself.

The comments on his instagram post are also calling for the arrest of Bill Gates, and many commenters are constantly asking why he’s deleted his comments, and if he pays somebody to delete them.  Again, the majority of the comments deal with vaccines, and people’s desire not to take them and constantly explaining how they should not be mandatory.

This is not a surprise, in fact, vaccine hesitancy is at an all time high . In fact, many  scientists presented facts about vaccines and vaccine safety at the recent Global Health Vaccine Safety summit hosted by the World Health Organization in Geneva, Switzerland. One of those facts was that more scientists and doctors are becoming hesitant about vaccine safety as well. You can read more about that here.

Ask yourself, why is this happening? Is it because vaccines are actually not as safe and effective as they’re marketed to be? Why does the vaccine hesitancy movement continue to grow, and do health authorities have the right to impose mandatory vaccination measures? Organizations like the Physicians For Informed Consent, and a growing number of people around the world would say no.

Another large group of commentators also raised their voice against a supposed tracking system that is able to somehow easily be able to detect and identify who has been vaccinated, and who hasn’t been.

A New York Times reporter asked me yesterday about the “conspiracy theory” that #BillGates is developing injectable chip to store vaccine records. Here are the facts: Stay Aware Subscribe To Our Newsletter

The Bill and Melinda #GatesFoundation invested more than $21 million to perfect a “microneedle technology” that embeds, under the skin, a vaccination record visible by infrared light that can be read by a “minimally-adopted smartphone technology.” The technology will allow health officials to scan U.S. citizens to detect their vaccination compliance.

A study funded by the Bill and Melinda #Gates Foundation and published in December 2019 by researchers from MIT, the Institute of Chemistry of the Chinese Academy of Sciences, and the Gates-funded Intellectual Ventures Laboratory in Bellevue, WA, describes how “near-infrared quantum dots” will be implanted under the skin along with a vaccine to encode information for “decentralized data storage and bio-sensing.” Gates’ technology uses a tattoo-like mechanism to inject invisible nanoparticles subcutaneously. Gates’ researchers are now testing the implant with a vaccine against the #COVID-19 virus.

The Gates-funded report boasts that the chip system will allow “house-to-house” compliance searches to be conducted by government enforcement teams with “minimal training,” and will “open up new avenues for decentralized data storage and biosensing.” The #MIT paper is titled “Biocompatible near-infrared quantum dots delivered to the skin by microneedle patches to record vaccination.” Gates began funding implantable tracking chips and ratio biotechnology in 2011 with a grant to TransDerm Inc. Gates is currently making multiple investments to develop different versions, including grants to Vaxxas Pty Ltd, Micron Biomedical Inc, Georgia Institute of Technology, and Vaxess Technologies Inc.

I urge you to contact Bill Gates on his social media. Gently explain that tagging and tracking humans may appeal to his government cronies in totalitarian China, but those activities are inconsistent with American values and traditions.

Kevin McHugh, an assistant professor of bioengineering at Rice put this illustration out with the following explanation:

A pattern of 1.5-millimeter microneedles that contain vaccine and fluorescent quantum dots are applied as a patch. The needles dissolve under the skin, leaving the encapsulated quantum dots. Their pattern can be read to identify the vaccine that was administered. The project was co-led by Rice University bioengineer Kevin McHugh during his time at MIT. (Credit: Second Bay Studios) (source)

Then McHugh told Reuters that Kevin McHugh,“The quantum dot dye technology is not a microchip or human-implantable capsule and to my knowledge there are no plans to use this for coronavirus.” (source)

This type of digital identification, like Gate’s  ID2020 initiative, is still vague, unclear and confusing to many.

Fact-Check.org recently put out a piece titled, “Conspiracy Theory Misinterprets Goals of Gates Foundation.” In that piece, the Gates foundation told the fact checking organization that there is no truth to a system that tracks peoples movements or one that related to COVID-19. It does mention  research that was funded by the Gates Foundation and published in December. In an effort to address the problem of poor record-keeping in “low-resource settings,” such as developing countries, that research proposed keeping a record of vaccination on a patient’s skin. It tested an invisible dye that could last up to five years and be read with a specially adapted smartphone. McHugh,  who worked on the study, told Fact-Check.org by email that the ink couldn’t be used as a tracking device.

At the end of the day, there are many examples showing that a large portion of the citizenry simply do not agree with the measures that powerful philanthropists like Bill Gates are going to in the name of ‘good will’ and for ‘the sake of humanity’ as well as ‘the greater good.’ These people have unlimited amounts of power and continually try to impose their will upon the human populace, while at the same time manufacturing our consent to these measures and ridiculing and suppressing any narrative that voices any concern, or provides evidence for concern.

In today’s day in age, regardless of what narrative is constantly beamed out to the masses, we have to ask ourselves, where is human consciousness at with certain things, like vaccines, for example, and why are we here? Is it because people are misinformed, or is it because humanity is waking up to many different things and becoming aware of information that they were once not aware of? Is it because we feel like our rights and freedoms are being slowly taken away, bit by bit, under the guise of good will? Why are authority figures now censoring information and opinions on vaccines and other topics? What’s going on here? The more authoritarian measures that are put in place both in the real world as well as digitally, the more questions and concern it raises for the citizenry.

With many issues, our thoughts and perceptions are completely programmed into us and they’re not even our own, so it’s encouraging to start seeing so many people think for themselves and judging by most of the comments from Bill Gates’ instagram, this is happening with a lot of people. This kind of ‘awakening’ will only increase as we move forward, and major events like coronavirus, just like 9/11, will only contribute to humanities great awakening.  It’s great to see humanity questioning in general and no longer simply following and doing what they are told to do. We are living in a special time and the more this critical questioning continues, the more those who don’t like it and are threatened by our questioning will continue to try and push measures upon us under the guise of good will.

There is no need for hate, judgement and criticism. Those are things the world needs to leave behind, and when we are commenting on these posts and creating awareness, there’s no point in using the same tactics as those who we are trying to question do. Operating from a place of peace is always crucial and necessary, and planting seeds that inspire critical questioning as to what we are really doing here on planet Earth is key.