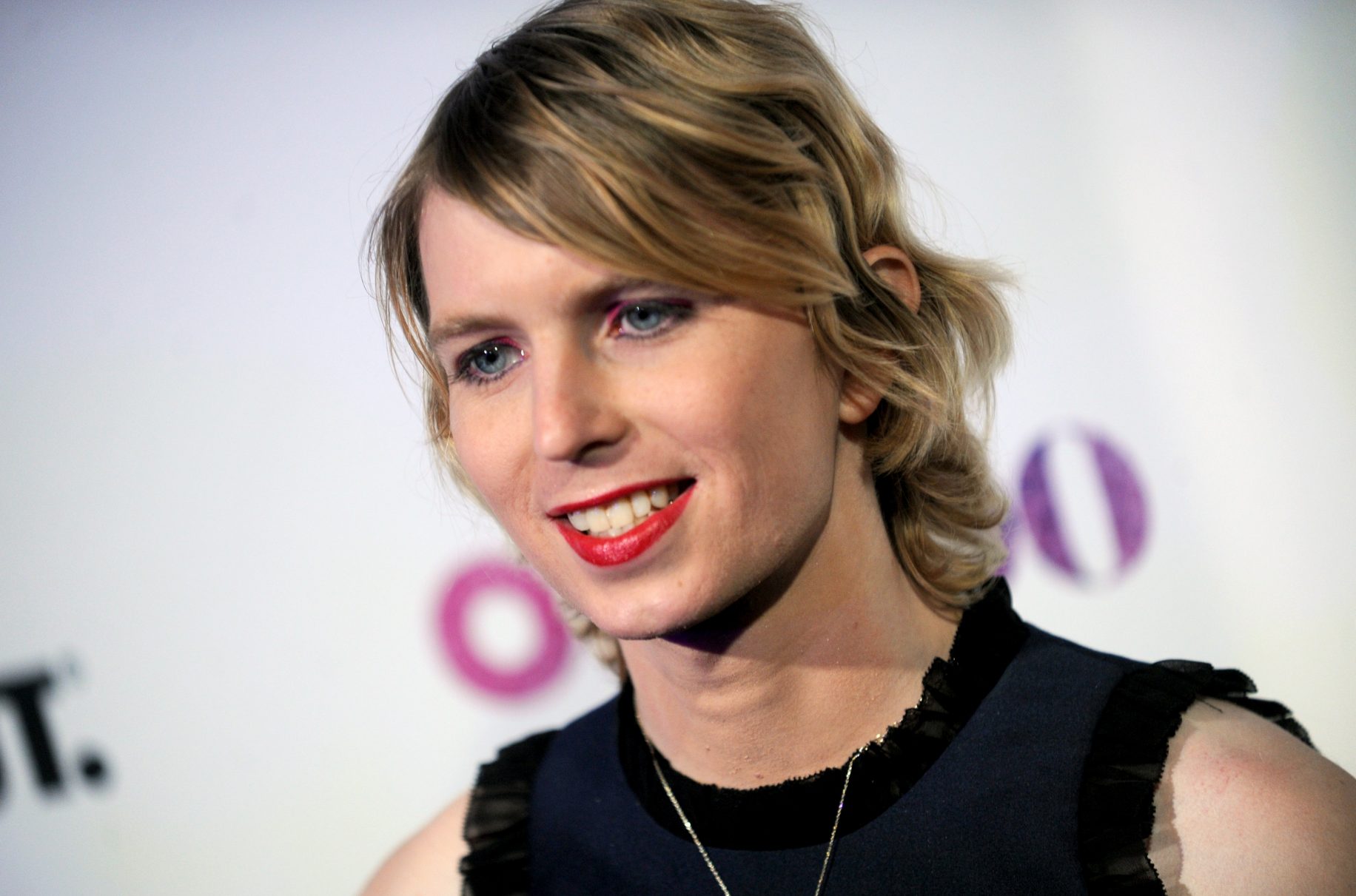 Ya I would rank her up there pretty high along with Assange Snowden and many many others that hold high principles for our species and fight for the truth and respect we deserve and of course the Queen of mankind in this civilization anyway Maria Orsic https://stillnessinthestorm.com/2016/07/The-Woman-Behind-Hitlers-Flying-Saucers-Maria-Orsic-Orschitsch-the-Vril-Society-and-Aldebaran and what our civilization should have been.

Thanks for the Post CE you people continue to post amazing stuff. She will never be forgotten. Write a book Chelsea

When a federal judge ordered the release of Chelsea Manning from prison on March 12th, the news was met with relatively little fanfare. There was a kind of muted, matter-of-factness about it in the mainstream press, with much of the print devoted to procedural aspects of the release, or the fact that Ms. Manning allegedly tried to kill herself the day before, based on her lawyers’ testimony. advertisement – learn more

The most important discussion, which seems to only be taking place in the remotest fringes of cyberspace, is acknowledging the incredible courage, conscience, and resilience that Chelsea Manning has displayed during the entire harrowing ordeal. Her principled efforts, as we will discuss further, serve as a model for the rest of us who are truly seeking to liberate the planet from tyranny and enslavement.

What Manning Actually Did

In 2010, then-Pfc. Bradley Manning, a 22-year old Army intelligence analyst in Iraq, sent hundreds of thousands of classified files to WikiLeaks. These files consisted of documents and videos, among the latter the famous “Collateral Murder” video, as well as State Department cables. Many of the items transmitted contained evidence of war crimes on the part of the U.S. military.

In an online chat attributed to Manning, she wrote the following regarding her decision to release the files:

If you had free reign over classified networks… and you saw incredible things, awful things… things that belonged in the public domain, and not on some server stored in a dark room in Washington DC… what would you do?

God knows what happens now. Hopefully worldwide discussion, debates, and reforms… I want people to see the truth… because without information, you cannot make informed decisions as a public. (source) advertisement – learn more

So let’s get absolutely clear on this. Manning witnessed multiple instances of war crimes on the part of her own military and government, a characterization, by the way, that is not disputed by the U. S. government. Manning sacrificed her own safety and well-being so that people could know the truth, and hoped the revelations would spark public outcry and lead the public to challenge the government and the U. S. military in terms of the kind of criminal activity that is usually hidden under the fog of war.

What Manning saw was a disregard for civilians and for human life in general. Although these releases seemed to significantly impact U. S. involvement in Iraq, this is not what Manning was after. What she was after was an awakening of the general public to the reality of war. In fact what Manning was doing was bringing more evidence to the notion, popularized by former Major General Smedley Butler, that modern ‘war’ is generally not engaged in to defend a nation and create greater security for its citizens, but rather serves the economic interests of a small elite group:

War is just a racket. A racket is best described, I believe, as something that is not what it seems to the majority of people. Only a small inside group knows what it is about. It is conducted for the benefit of the very few at the expense of the masses.–Major General Smedley Butler

The Uniform Code of Military Justice sets forth the duty of a service member to obey lawful orders. But that duty includes the concomitant duty to disobey unlawful orders. For Manning, any order, explicit or implicit, not to reveal evidence of war crimes would be an unlawful order. Therefore Manning made the principled decision to expose the commission of war crimes to the public through Wikileaks. Stay Aware Subscribe To Our Newsletter

Now if the U. S. government was sincere in their rhetoric that they fight wars overseas in order to promote and secure human rights and democracy around the world, then these files published by Wikileaks would have sparked a tremendous amount of contrition and self-reflection on their part, and Chelsea Manning would have been hailed as a hero from the beginning for helping the U. S. military recognize and repair obvious inconsistencies and outright hypocrisy within their operations. None of this happened.

We celebrate the Remembrance Day holiday to commemorate the bravery of soldiers. While there is no doubt that many soldiers deserve regard for showing the courage to enter a war zone, should we not awaken more to the evidence that many if not most soldiers are simply unwittingly accomplices in highly immoral operations? What ‘commemoration’ was given to Chelsea Manning, whose actions, unlike those of most soldiers, are obviously of great benefit to U. S. citizens and the human population as a whole? Of course. A court-martial.

In her court-martial trial Chelsea Manning admitted sending the files to WikiLeaks. She also confessed to interacting online with someone who was probably Mr. Assange, but she said she had acted on principle and was not working for WikiLeaks. She was sentenced to 35 years in prison — the longest sentence by far in an American leak case. It was obviously commensurate with the level of embarrassment suffered by those who control military action. The initial conditions of her confinement were egregious. She somehow managed to survive.

President Barack Obama commuted most of the remainder of her sentence shortly before he left office, and Manning was released from jail on May 17th, 2017.

When asked how the world and the U. S. appeared to her a year after her release, Manning’s own words in the video below indicate that things seemed to have gotten worse, and many of her fears about the direction the world was going were manifesting:

As much as she may have thought that after this incarceration was over she would retire and ride off into the sunset, she would end up having to make a principled stand yet again. In May of 2019, prosecutors investigating Julian Assange and Wikileaks subpoenaed her to testify before a grand jury about their interactions. Believing that the case against Julian Assange was an extension of the kind of criminality and abuse of power that she had already been fighting against, she refused the subpoena on ethical grounds.

As the court order describes below, Chelsea Manning chose to reject a guarantee of immunity from the Department of Justice and was willing to once again endure prison time, and financial ruin as well, in order to stand up to her principles:

In February 2020, Manning’s legal team filed what’s known as a Grumbles motion in court, asserting that Manning has proven herself incoercible and so must, according to legal statute, be released from her incarceration. This article in The Intercept goes into more detail:

It is a grim peculiarity of American law that a person who refuses to cooperate with a grand jury subpoena may be held in contempt of court and fined or imprisoned with the express purpose of coercing testimony, but when the coercive condition is absent, such incarceration becomes illegal. Wednesday’s motion directs Judge Anthony Trenga, who is presiding over the grand jury and Manning’s imprisonment, to accordingly recognize the illegality in this case.

“The key issue before Judge Trenga is whether continued incarceration could persuade Chelsea to testify,” said Manning’s attorney, Moira Meltzer-Cohen, on filing the Grumbles motion. “Judges have complained of the ‘perversity’ of this law: that a witness may win their freedom by persisting in their contempt of court. However, should Judge Trenga agree that Chelsea will never agree to testify, he will be compelled by the law to order her release.”

If the motion is successful, Manning will be freed for the very reason she has been caged: her silence. The judge can decide to recognize that Manning won’t speak as a consequence of more time in jail — or because she will continue to face unprecedented $1,000-per-day fines. Any other conclusion, after her months of steadfast and principled grand jury resistance, would fly in the face of all reason. The whistleblower’s actions and words make it plain.

“I have been separated from my loved ones, deprived of sunlight, and could not even attend my mother’s funeral,” Manning said in a statement Wednesday. “It is easier to endure these hardships now than to cooperate to win back some comfort, and live the rest of my life knowing that I acted out of self-interest and not principle.”

This is what another modern hero, whistleblower Edward Snowdon, had to say on the news that Chelsea Manning had been released from prison:

The government cast Manning into a dungeon for resisting a scheme to make publishers of news subject to the Espionage Act. They offered to let her out in exchange for collaboration, but she chose her principles instead.

Under these circumstances, Chelsea Manning’s release from prison on March 12th is a victory for humankind–if enough of us acknowledge its significance. If a ballot came out for the greatest hero so far in the 21st century, Chelsea Manning would get my vote.

Humanity is currently in a struggle against a small but extremely powerful group of people at the top of the political and economic pyramid. What needs to be understood, however, is that this group can only maintain its power if the majority of humanity continues to bow to its bribery, threats and coercion. This group considers humanity as mere cattle, to be pushed and swayed in whatever direction this group wants us to go. And who can blame them for their confidence? Who among us could say that they would have acted on their principles under the conditions that Chelsea Manning did? How many of us would have put our conscience to pasture and not even considered publicizing their own military’s war crimes, or would have chosen immunity in rationalizing that they ‘had to’ honor a Grand Jury subpoena?

When someone endures extreme retribution to stand up against a tyrannical authority on the basis of principle and what is in the best interests of humanity, then that person and their action should be celebrated in every corner of the world. Further, their actions should serve as a model to all of us, to stand up to our principles and values no matter the circumstances or consequences of those actions. If more people were willing to act in this fashion, we would have already liberated ourselves. But if the actions of brave people like Chelsea Manning can motivate at least some of us towards more courageous and principled behavior in the face of tyranny, the great moment of emancipation may soon be upon us.