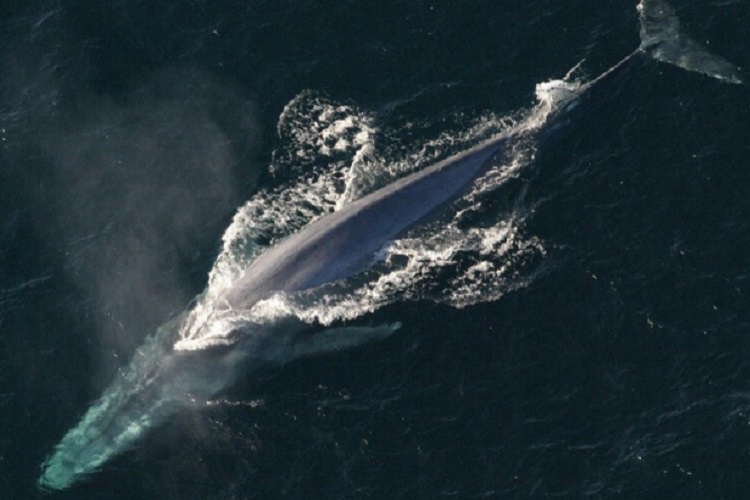 This is what happens when the human species pulls together has ONE there is nothing we can’t fix when we want to.

Decades after the virtual collapse of blue whale population, the largest animal on Earth has made a stunning comeback, proving that the efforts of conservationists to protect the massive animal have paid off.

Scientists with the British Antarctic Survey (BAS) have recently reported that after three years of expeditions to South Georgia Island, which lies off the coast of Antarctica, an “unprecedented” number of whales has been sighted—signaling a major comeback for the once-critically endangered Antarctic Blue Whale.

According to the BAS, there have been 36 separate sightings of the massive creature in the area this year alone, meaning that a total of 55 blue whales have been sighted in the area. The amount of sightings is a huge leap from 2018, when there was only 1 sighting and some acoustic confirmations of the blue whale’s presence.

In a statement, the research team said:

“For such a rare species, this is an unprecedented number of sightings and suggests that South Georgia waters remain an important summer feeding ground for this rare and poorly known species.”

The news comes as a strong vindication of conservationists’ work preserving the creature after the sub-Antarctic summer feeding ground for blue whales, humpback whales, fin whales, and southern right whales was transformed in the early 20th century into a killing field by the whaling industry. In only sixty years of the whaling industry’s presence on the island, over 176,000 whales were slaughtered, threatening to turn the source of life for the species into a watery graveyard.

However, following an international moratorium on whaling by the International Whaling Commission (IWC) in 1986, the blue whale has bounced back after its population was reduced by a monstrous 97 percent.

“After three years of surveys, we are thrilled to see so many whales visiting South Georgia to feed again. This is a place where both whaling and sealing were carried out extensively.

It is clear that protection from whaling has worked, with humpback whales now seen at densities similar to those a century earlier, when whaling first began at South Georgia.”

Researchers and marine biologists have greeted the news enthusiastically, noting that the number of whales signals a return to the pre-whaling norm.

Dr. Trevor Branch of the University of Washington told BBC:

To think that in a period of 40 or 50 years, I only had records for two sightings of blue whales around South Georgia. Since 2007, there have been maybe a couple more isolated sightings. So to go from basically nothing to 55 in one year is astonishing.”

The bounce-back of the blue whale population is not only great news for the species but also for the environment. According to economist Dr. Ralph Chiami and whale biologist Michael Fishbach, who recently gave a presentation to the World Economic Forum, the life of each whale is worth about $2 million due to their contribution to the fight against carbon emissions. This is mainly thanks to the tremendous amount of feces the whales produce, which in turn feeds iron to the phytoplankton population, allowing the marine algae to proliferate and capture carbon while providing oxygen to the planet.