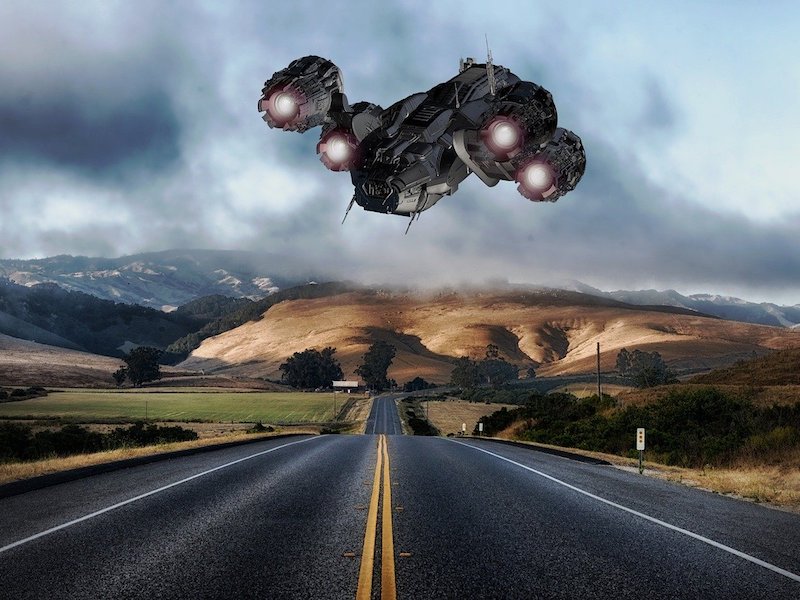 (Joseph Farrell) G.B. spotted this very intriguing article and analysis by John Greenewald, Jr., at Blackvault.com.  If you don’t know who Mr. Greenewald is, he is one of the newer generation of UFO researchers who prefers to focus on the nuts and bolts of hard data and documents, and not the latest stories and fantasias of Blue Chickens and similar cults. So when Mr. Greenewald finds something, I tend to sit up and take notice.

In this case, there’s a couple of paragraphs in this article that quickly caught my attention; see if you spotted them too:

Could This Be DARPA’s Project for UFO/UAP Research?

This first paragraph that caught my eye was this:

With these assertions, The Black Vault set out to find exactly where that money may be coming from that allows the program and the effort to continue. In order to do that, we must first go after what was publicly posted for the AAWSA Program. That can be found archived from a 2008 “Federal Business Opportunities” posting which was saved in the “Wayback Machine.” This was the original posting that was seen by BAASS in 2008, which they submitted a bid for. No other corporations offered a bid.

This solicitation notice stated the objective of the AAWSA program:

“One aspect of the future threat environment involves advanced aerospace weapon system applications.  The objective of this program is to understand the physics and engineering of these applications as they apply to the foreign threat out to the far term, i.e., from now through the year 2050. Primary focus is on breakthrough technologies and applications that create discontinuities in currently evolving technology trends. The focus is not on extrapolations of current aerospace technology. The proposal shall describe a technical approach which discusses how the breakthrough technologies and applications listed below would be studied and include proposed key personnel that have experience in those areas. 3. REQUIREMENTS: a) The contractor shall complete advanced aerospace weapon system technical studies in the following areas:   1. lift; 2. propulsion ; 3. control; 4. power generation; 5. spatial/temporal translation; 6. materials; 7. configuration, structure; 8. signature reduction (optical, infrared, radiofrequency, acoustic); 9. human interface; 10. human effects; 11. armament (RF and DEW); 12. other peripheral areas in support of (1-11); b) It is expected that numerous experts with extensive experience (minimum of 10 years) in breakthrough aerospace research and development will be required to meet the demands of the above program.” (Boldface emphasis added)

Before pressing on, stop and consider that very strange list; the requirement to consider “foreign” threats “out to the far term” of thirty years, or that these extrapolations are not to be based on extrapolations of “current aerospace technology,” in other words, the contractor is being required to think outside the box of the conventional, Kammlerstab style. Then follows a rather conventional list, which, by the context, we’re being asked to do extrapolations that do not lie in “current aerospace technology” in the areas of “1. lift; 2. propulsion; 3. control; 4. power generation; … 6. materials; 7. configuration, structure’ signature reduction (optical, infrared, radiofrequency, acoustic” and so on, and squatting in the middle of this, “spatial/temporal translation.” Obviously, within the context of the mundane, any system of propulsion, from horses to rockets, are capable of spatial-temporal translation, but in the context of non-conventional extrapolation, other much more exotic possibilities are implicated. For example, in the past few years I’ve blogged occasionally about this or that newest application of entanglement, and the sizes of what are being entangled seem to be gradually increasing from the quantum level to more macro-scaled entanglements. Or alternatively, I’ve also blogged ocasionally about experiments that actually remove micro-events from the timeline. Throw into this mix all the careful research being done in the alternative research field about exotic technologies – from Nazi Bells to extraordinarily odd alleged statements of Thomas Townsend Brown or Ben Rich, and there is a clear context in the public literature for “exotic” interpretations of this list.

Then there’s the term “foreign”; what does this mean? A synonym of “foreign” is, of course, the word “alien” which is commonly associated in this context with non-terrestrial intelligent life. But foreign could also mean something “unknown” to us. Viewed this way, “us” becomes “who”? Unknown to American technology and science, but still terrestrial? Or unknown to us, meaning humans? In other words, the language here is carefully chosen, and is capable of a very wide interpretation.

But there’s another gem that Mr. Greenewald discovered:

After a long hunt, the discovery of Program Element (PE) 0603286E was made, and one of the projects within, could be exactly the unique needle in that proverbial stack of needles that was being sought after.A PE is ultimately a portfolio of programs or in some instances a single program that receives funding within a budget.  PE 0603286E was first discovered in the 2008 DARPA Fact File published in June of 2008 (coincidentally, the same year the DIA solicited the private sector for bids for the AAWSA Program).

However, one sub-program within PE 0603286E is the Advanced Aerospace System Concepts line item, also reference as part of a “Project AIR-01.” The 2008 fact file says that:

“Studies conducted under the Advanced Aerospace System Concepts program will examine and evaluate emerging aerospace technologies and system concepts for applicability to military use, as well as the degree and scope of potential impact/improvements to military operations, mission utility, and warfighter capability. The program also analyzes emerging aerospace threats and possible methods and technologies to counter them.”  (Bold-italics emphasis added)

What’s intriguing to contemplate here is how neatly this program dovetails with the Trump Administration’s creation of a “Space Force,” which suggests that the actualities behind these paragraphs may be further along than meets the eye. And again, there’s something highly suggestive in the middle of this, something called “Aerial reconfigurable Embedded Systems.” Again, if we adopt the “exotic” context of extrapolation outside of current systems, this odd item suggests that one might be looking at a platform that is able to physically reconfigure itself while in operation. Again, these already exist and have for a few decades, with aircraft able to fold their wings for hypersonic flight. But by the same token, this phrase would adequately describe the reported behavior of some UFOs which appear to change their physical configuration in operation.

And there’s a final context in which to view Mr. Greenewald’s discoveries.  Recall that a few years ago DARPA set the objective that the USA become “warp capable” in a century, and that NASA has established a proof of concept program under the direction of Dr. Harold “Sonny” White, who reworked Alcubierre’s equations for warp.

Put it all together and one gets an intriguing picture, one that a mere twenty years ago would never have achieved this degree of public disclosure or discussion. And that should give one pause, for it may mean that the secret space program is beginning to go public, and that for a very important reason: the technologies and concepts on which they are based simply can no longer be hidden

See you on the flip side…

According to several respected researchers, alleged insiders and whistleblowers, the Deep State has been advancing secret space programs for decades, developing technology that most would consider otherworldly. The preceding information alerts the public to the fact these programs likely exist, by providing documents, testimony, and conjecture in support. This information is helpful to dispel the false reality pushed by the Deep State as well as catalyzing the mind for truth-seeking.