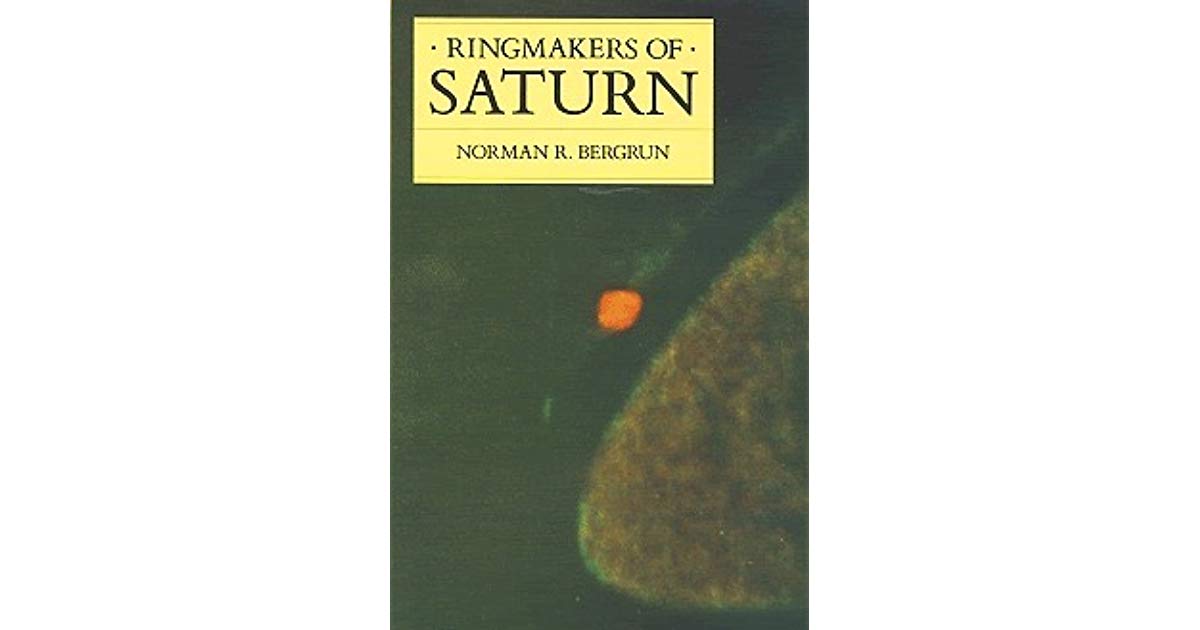 The Rings Of Saturn

I have wanted to find this book and read it but I haven’t yet Apparently it is hard to find and expensive but not a long read. Thanks Collective Evolution for posting this

When it comes to credible sources for the existence of UFOs, there is no shortage. The evidence for the existence of UFOs is overwhelming to say the least, whether it’s credible witness testimonies from thousands of high-ranking military personnel, academicians, scientists, astronauts, and politicians, or the millions of pages of UFO files published by dozens of governments, or platforms like Tom Delong’s To The Stars that has former high-ranking intelligence agency officials on their team. UFO disclosure within the mainstream world is occurring in many different ways. advertisement – learn more

That being said, it’s always been occurring, and it’s a sad reality that mainstream media and establishment mouthpieces like CNN and the New York Times have to give attention to something in order for it to gain credibility. Mainstream media has always been used as a tool to program the minds of the masses and influence their perception for ulterior motives, typically to best suit their owners’ interests. A great example would be the ‘the war on terror.’ Now, authoritative figures (like the government) are actively censoring information, deeming certain outlets that address controversial issues as ‘fake news’ simply because it threatens corporate, political, and elitist agendas. Even mainstream media journalists themselves have been ‘blowing the whistle’ that these outlets are completely run by intelligence agencies, government agencies and powerful corporations. Are you really that surprised? There are also declassified documents showing the influence intelligence agencies have over not just mainstream media, but academia as well. You can access those documents and read more about it here, as well as here.

Why is the above paragraph relevant to the topic of UFOs? Because this field has a long history of infiltration and disinformation. Given mainstream media’s track record of spreading misinformation and hiding the truth, it’s not easy to trust anything that comes from these sources, including any information that comes out regarding UFOs. That being said, mainstream UFO disclosure so far seems to involve no deception, as they simply continue to push the fact that these objects are real and have steered away, so far, from any type of false interpretation.

UFOs are no longer taboo, but the extraterrestrial hypothesis as a possible explanation for the their existence still seems to be. Prior to all of the official witness testimonies, electrooptical data, video footage, and pictures being released proving the existence of UFOs, claiming the existence of these crafts was also taboo.

When it comes to the idea that some of these crafts are extraterrestrial in origin, there is no shortage of verified credible sources.One of them is Dr. Bergrun, who had a long career with Ames Research Laboratory, NACA (National Advisory Committee for Aeronautics), Lockheed Missiles and Space Company, and NASA.

In his book, Ringmakers of Saturn, he states multiple times that extraterrestrial vehicles 100% exist. On page 89, for example, he states: advertisement – learn more

Existence of extraterrestrial space vehicles of enormous size and power is a fact, the significance of which is difficult to grasp, let alone assess. Departing now from the tedious fact-development process, this chapter stands back and takes a philosophical look at the findings.

In his book, Norman provides pictures taken from Voyager 1 and 2 flybys of Saturn to illustrate this.

Luminous sources at Saturn have been observed, notably by Herschel, Knight and Ainslie. In one instance, a fiery source moved suddenly away from the A-ring outer edge. In another unrelated instance a bright, elongated source pursuing a straight-line course entered the A-ring outer edge. After these dramatic events, luminous sources did not become a specific subject of inquiry as might be expected – that is, until this analysis many years later.

Another great quote from the book found on page 49 is:

Evidence is 100 percent positive that propulsive vehicles generate the inner and outer Enke A rings of Saturn. Presence of these units is made fortuitously clear in Plates 5 through 8.

The picture below is from the book. You can see the size of the vehicles, and they are all approximately the same size as planet Earth, although some are larger. Quite mind-altering, isn’t it?

The pictures NASA got back from the Voyager mission to Saturn in 1980 were apparently so mind-altering that they locked them up–at least that’s what retired U.S. Army Command Sergeant Major Bob Dean said in this lecture. He also showed numerous photographs from the Apollo missions that were never released to the public. You can view some of those photographs here.

Dean was a good friend of Bergrun, and mentioned that Norman had to go through some trouble to get his book published. Below you will see another picture of a ‘luminous source’ provided in Bergrun’s book from the Voyager missions, hovering just outside one of Saturns rings. I circled it in red. This one is also approximately the size of our planet. According to Bergrun, there are several large crafts “proliferating” out around Saturn and its moons.

Norman published this book in 1986, and more than two decades later he gave a rare interview  with Project Camelot’s Kerry Cassidy. In that interview he spoke of stories and pictures he’d seen about UFOs, and how these pictures are highly classified. Not only in his book does he show ‘luminous’ sources within our atmosphere, but he speaks of flying saucers being photographed within Earth’s atmosphere as well.

When Kerry asked him directly about extraterrestrial beings, he stated:

“If you want to know about people, kind of thing, there is the ship that picked up the Voyager Capsule at Alameda Naval Shipyard. And they have a picture there of, I think it’s the Apollo flight that Buz and Niel were on, but anyway, there’s one image there that shows Black People getting off.”

He described them as very tall, stating that “7 feet would be a conservative estimate.”

You can listen to and watch that full interview HERE.

I’d like to leave you with this clip from the THRIVE documentary, it’s one of my favourites and I’ve shared it in several of my articles for many years, so I apologize if you’ve already come across it.

The implications of this information are huge, and perhaps that’s why they’ve been hidden from humanity. But are they really hidden? The truth is indeed out there for those who look. That being said, the implications of this type of disclosure also threaten various industries. What if governments get their hands on UFO technology? What discoveries and developments could come from that? What about the energy industry? This topic relates to every aspect of the human experience, and I believe it’s simply one stage in the progression of humanity that we have to and will eventually go through, inevitably becoming a spacefaring race ourselves. We are still in our infancy as a race, and throughout history there have always been paradigm-shifting realizations and events.

At the same time, I believe humanity is living in a very special time, a prophesied time and a very spiritual time, and I believe the extraterrestrial presence has something to do with that, in some way, shape or form. That’s not to say this is an entirely benevolent phenomenon, but that’s another discussion.