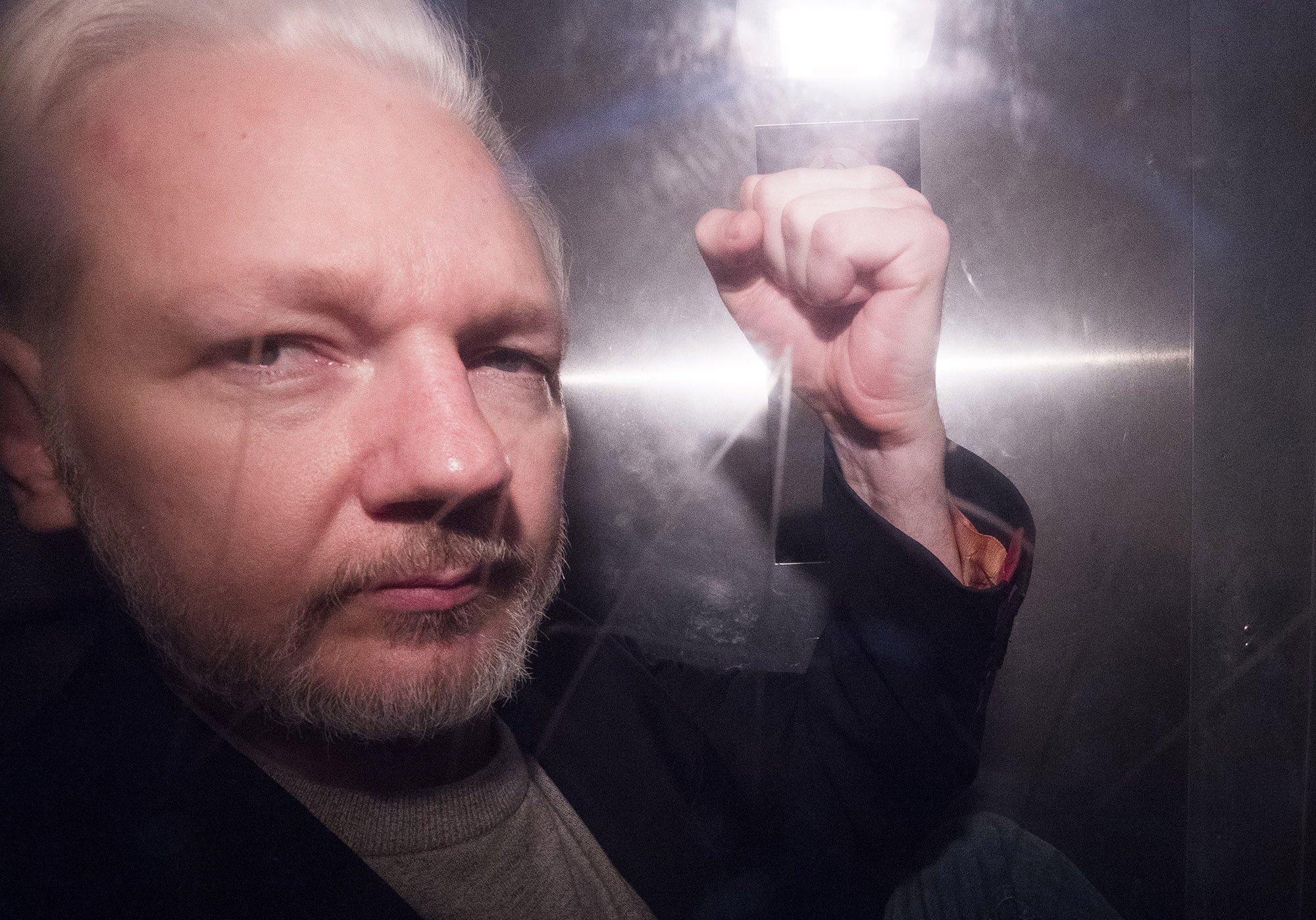 You think you live in a Democracy?? Think again.

Thanks CE There is a high price we have to pay in order to expose the corrupted framework work of which we live in. Even talking about it can get you in big trouble. You think you live in a democracy think again.

We are in a particularly important time in human history. After millennia of being told what to do by unimaginably powerful rulers as though we were young children clinging to parental authority (and we were, for the most part), the majority of humanity (i.e. those not in the highest echelons of the ruling class) are being offered a choice: take control of our destiny or continue to consent to our ever-increasing enslavement.

The signs are out there for all to see–all those, that is, who have the slightest desire to look beyond the naive and childish perception that continues to be promulgated by mainstream media. You won’t hear about it on CNN, but a global totalitarian surveillance state is being built up right in front of our eyes, and our collective response to it has been, let’s be honest, a bit tepid.

Just as one example, we see strong evidence that dearly beloved Google and Facebook are not the products of rags-to-riches stories of young geniuses, but rather were possibly long conceived and carefully implemented by those who have ruled the planet from the start, complete with cover stories of ‘fortuitous entrepreneurship’ that we fell for at first but now are unraveling because of greater public scrutiny and brave whistleblower testimony. With Facebook (formerly DARPA’s ‘Lifelog’) showing that they are in the business of harvesting rather than protecting private data, and Google buying up AI assets like DeepMind in order to facilitate the installation of a global surveillance system, it is becoming clear that they were always key cogs in a generational plan aimed at total control over the planet. Other aspects like 5G, vaccines and Big Pharma in general, GMOs, private Central Banks and fiat currency, the Vatican, Human Trafficking and Pedophilia and many other components of our current society can ultimately be seen as having a place in this complex, dark web of deceit.

What chance do we really have? Well, we have truth on our side. That is more powerful than anything. But in today’s environment, we have to fight tooth and nail for its protection and proliferation.

In this regard, there is probably no single figure that is as emblematic of our current struggle as Wikileaks founder Julian Assange. Remember that Wikilieaks is an international non-profit organisation that has been publishing news leaks and classified media provided by anonymous sources since 2006, many of which directly reveal the deception, fraud, corruption and serious crimes of the ruling class. It is within this context that we must understand the threats to Assange’s safety and freedom since 2010, and the reasonable assumption that it is those whose reputations and criminal enterprises were most threatened by Wikileaks’ activities that have tried to characterize him as a criminal and have been making the push for Assange’s indictment, extradition and ultimately incarceration in order to quash the publishing of this kind of information. Here is a timeline of his battle, most of which covers the period of time he was holed up at the Ecuadorian Embassy in London (June 2012–April 2019) :

If we look at what has happened since Mr. Assange was forced out of the Ecuadorian embassy in April, it becomes clear that he had every reason to suspect that powerful forces were just waiting to get their hands on him, and would use every ounce of force available to them to intimidate Assange and any others who would follow in his footsteps.

If you thought that perhaps he is being treated fairly, consider this: on the mere charges that Julian Assange did not obey the conditions of his bail in 2012 (doing so only because he legitimately feared for his safety and believed he would not be treated in a just manner), he spent most of his 50-week sentence in isolation, with no access to the internet or any news of what is happening in the outside world. He was allowed only 2 social visits per month, and according to those who have visited him, like his brother, his emaciated body and spirit are signs that he is being systematically weakened physically and emotionally in prison conditions that are worse than for terrorists. In addition to this, Assange has now been held beyond the September 22nd end of his sentence because of District Judge Vanessa Baraitser’s “substantial” belief that Assange could “abscond again.”

This is the state of affairs in which my letter found him.

I happened to come across a website that said that it is possible to send letters to Julian Assange in prison. The website printed a few letters that people had received, and specified that the following address had to be used including his prisoner number and date of birth:

It also stipulated that your own return address has to be written on the back of the envelope. So I decided to go ahead and follow those instructions in sending him this letter:

A month later, while I was away in New Zealand conducting an important interview (which will be presented on CETV shortly), I received this reply from Julian Assange:

While I had hoped to get some information that Mr. Assange may have wanted to get out into the public, I now realize that, first of all, any information that he wrote that could be potentially damaging to the authority would probably not get out beyond the prison walls. And secondly, I came to realize what Julian Assange is trying to do with the limited means that he has at his disposal: he is attempting to galvanize a movement around freedom of speech and safety for those who attempt to exercise that freedom for the benefit of humanity.

In other words, there is nothing more for Julian Assange to say that will ameliorate this situation, aside from exhorting all individuals who believe that free speech needs to be fought for and preserved to become active in the struggle. This can currently center around voicing our support for his freedom from further incarceration and forced extradition. Flooding Belmarsh prison with letters is one way to send a message, and is an exercise that I would certainly recommend that would only take 10 minutes of your time. Being part of movements that are starting up online or in your communities is another way. I don’t know enough about these “FreeAssange” and “ProtectAssange” movements to endorse any particular one but I would invite those interested to seek them out online while using their proper discernment.

Is It Really Julian Assange Responding?

I’ve been asked by a couple of people as to whether this letter is really from Julian Assange. My response to that is, why wouldn’t it be? Is it reasonable to suspect that the Deep State lurking, intercepting these letters, and then responding in such a benign way?

I would imagine someone would have done some handwriting analysis/comparison by now, and that some of his family who have visited him would be dissuading people from sending letters if they were not getting through to him. I am including the front and back of the envelope here in case it helps the internet sleuths determine this letter’s authenticity for themselves.

But at the end of the day, is it essential to the cause that Julian Assange is penning these letters? Do any of you reading this not believe that freedom of speech and freedom of information have long been under attack, and that the only way that the powerful forces who would censor and destroy evidence of their own high crimes and misdemeanours will be upended is if we stand together as a collective of conscious individuals and uphold the freedoms that are our birthright?

Let’s be clear: the alleged ‘crime’ that is really at play here is the same one that was immortalized in the movie ‘The Post,’ where newspapers were vindicated by the Supreme Court after publishing the Pentagon Papers, classified documents that were embarrassing to the U. S. government regarding the 20 year involvement of the United States government in the Vietnam War. It’s important that we keep clear sight of the fact that, despite what the now-hypocritical mainstream press are implying about Julian Assange and the ‘sensitive’ information he has published, he has done absolutely nothing wrong, and his and anyone else’s right to publish any material that has been given to them needs to be preserved.

We did not come into this world at this important moment in history to sit on the sidelines while our fundamental rights and freedoms hang in the balance. Even though I personally had a bit of trepidation that writing this article in the transparent fashion I did is a bit risky, I feel it is my small way of standing up for the freedom of speech and information. As Benjamin Franklin said, ‘Those who would give up essential liberty to purchase a little temporary safety, deserve neither liberty nor safety.’