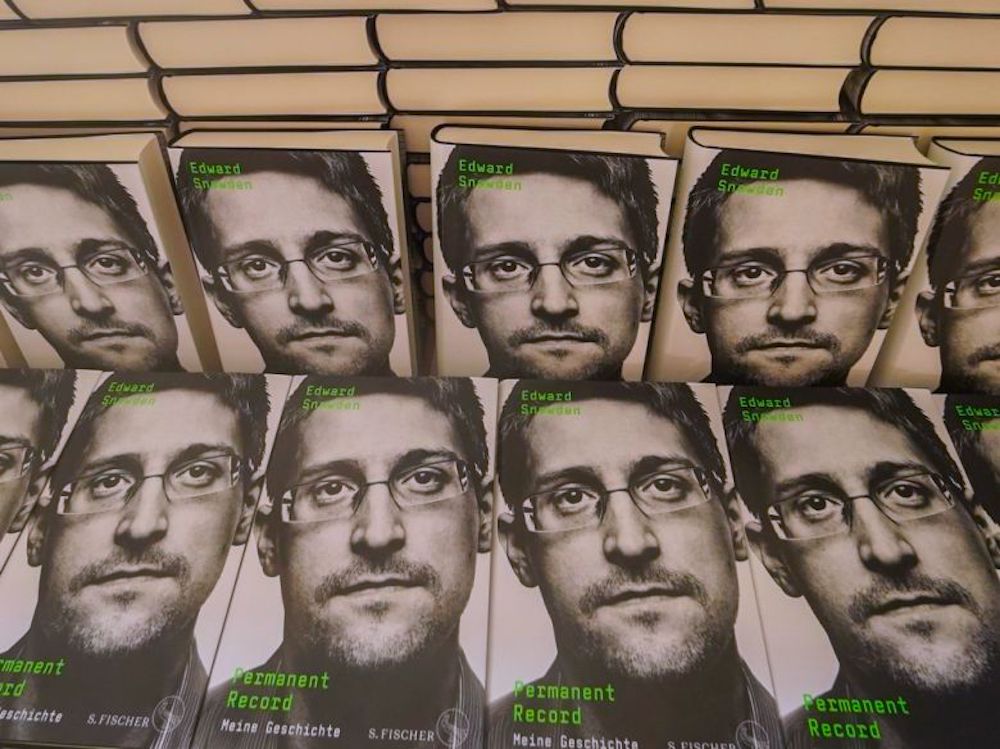 They Spy and Then Some

The fact that this book has gone to #1 in the world tells me that people now are fully awake and are becoming very aware of the corrupt governments all over the world. It’s good news and you won’t see that on corporate media news They are many hidden truths and cover ups that are connected to our enslavement and suppression has we fight for a better world to live in. This is just but one of those areas. Open your eyes and connect the dots. Thanks again CE

George Orwell’s 1984 is a classic book depicting a populace ruled by a political regime that persecutes individualism and independent critical thinking as “thoughtcrimes” that must be enforced by the “thought police.” This party seeks power above all, and, through the propagandist Ministry of Truth, presents the people with their version of truth and casts away all other information and opinion. Sound familiar?

This is exactly what’s happening today right in front of our eyes. The “ministry of truth” comes in the form, at least on social media, as FakeNews watchdogs. These are entities that are flagging information that threatens corporate and political interests and labels it as “fake news” when a lot of it, is in fact, the complete opposite. Since when does an authoritative entity like the government have to step in and decide for the people what is real and what is not? Are people not capable of examining sources and determining this for themselves? These fake news watchdogs have some interesting sponsors. One of these sponsors, for example, is NewsGuard. They are funded by Clinton donors and big pharma, with ties to the CFR. You can read more about that entity here.

Companies and government agencies who are threatened by information also seem to be employing an “army of bloggers, surrogates, trolls, and bots on Twitter, Facebook, and by email” (Robert F. Kennedy Jr.) to try and sway discussion and brainwash people. We here at Collective Evolution have been experiencing them as well.

The world knows why the hunt for Julian Assange was ongoing for so long, it’s because he leaked secrets and exposed those who keep them. He exposed the lies, corruption and deceit that represents the backbone of the Western military alliance and the American empire. He exposed, in the words of John F. Hylan, former Mayor of New York City, the “real menace of Republic”, the “invisible government, which like a giant octopus sprawls its slimy legs over our cities, states and nation.” He exposes the ones “who virtually run the United States government for their own selfish purposes.” (source)(source)

He exposed immoral and unethical actions that have no basis and justification, he is a hero.

The same thing goes for National Security Agency (NSA) whistleblower Edward Snowden, who leaked classified documents regarding the scope of the US governments surveillance programs, which is and was huge. He is and was not the first, William Binney did the same, along with Thomas Drake and many others.

Keep in mind that this is a global mass surveillance program. Snowden recently released a book about it, and more.

In the book, Snowden goes into great detail about how he risked everything to expose the US government’s system of mass surveillance. In it, he reveals the story of his life, including how he helped to build that system and what motivated him to try to bring it down.

Mass surveillance, facial recognition, etc, are justified by the national security state for the purposes of combating terrorism, for example. But, what does the connection between terrorist organizations and the US government say about these programs? If the US government itself, or factions of it, are arming these terrorists, creating them, and carrying out false flag events blaming them on terrorism in order to justify infiltration of a country for ulterior motives as well as a heightened the national security state which involves mass surveillance, this means that their justification for these programs is a complete lie. So what’s the real reason for them?

This is well known, a few years ago current democratic presidential candidate Tulsi Gabbard introduced the stop arming terrorist act, which would stop the U.S. government from using taxpayer dollars to directly or indirectly support groups who are allied with and supporting terrorist groups like ISIS and al Qaeda in their war to overthrow the Syrian government. (source)

As far as false flag terrorist attacks go, many believe the chemical gas attacks in Syria were orchestrated by the western military alliance in order to justify the infiltration of the country. The evidence for this is quite grand. 9/11 is another example many people believe was false flag terrorism.

Perhaps Snowden’s book sheds light on that. I have yet to read it.

William Binney is a former high ranking intelligence official with the National Security Agency (NSA). He’s had quite the go, starting in 2002 when he let the public know of a system ( ‘trailblazer’) intended to analyze data carried on communication networks (like the internet). He exposed the agencies eavesdropping program and has faced harassment from the FBI, NSA and more. He has been in and out of the court room ever since he decided to resign and blow the whistle.

Binney hasn’t stopped, one of the highest-level whistleblowers to ever come out of the NSA. He is now saying:

“At least 80% of fibre optic cables globally go via the US, this is no accident and allows the US to view all communication coming in. At least 80% of all audio calls, not just metadata, are recorded and stored in the US. The NSA lies about what it stores. The ultimate goal of the NSA is total population control.” (source)

At the end of the day, the US government suing the publisher of Snowden’s book is only bringing more attention to the truth of mass censorship and that this global elite is losing power. The more the global elite respond the way they are, with this like the mass censorship of information, alternative independent media outlets being shut down, and jailing people like Julian Assange, the more they hurt their own interests… which is inspiring for humanity as we awaken.