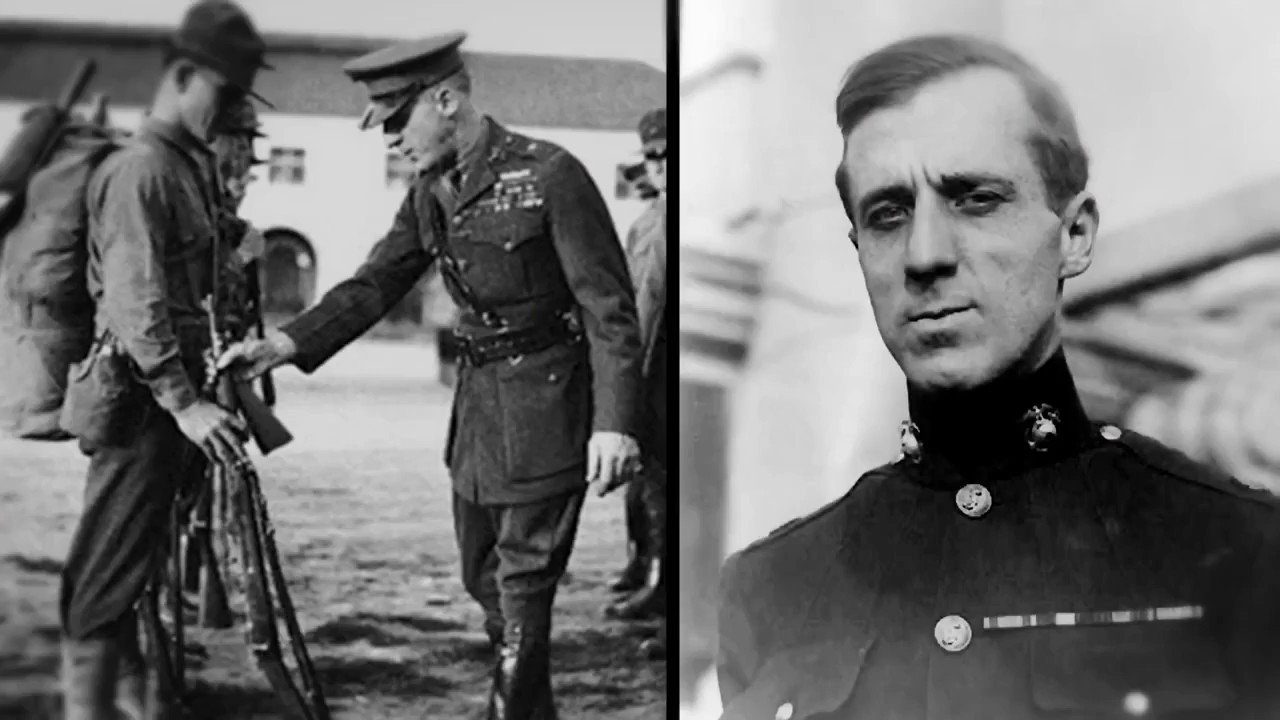 Oh I love this and have been preaching this for a very very long time although it always falls on deaf ears but I don’t give up. Thank you Thank you for this great post CE and Arjun you seem to find greatest things to write about. Boy I wish I had your talent. And unfortunately we are 1 of 4 violent species in the universe so they say. I would love to turn that around in the hopes of maturing has a species.  From a song of our time “COME HEAVY or DON’T COME AT ALL”

The highest ranking marine and most decorated US solider at the time, Smedley, told the truth about war in 1935 and how it’s not what we really think it is. It’s not about protection from harm, it’s about big business and special interests.

War is not what most people think it is. We’re told that war is necessary, that soldiers are and have been overseas ‘fighting for our freedom’ and sacrificing their lives in order to keep our homeland safe. It’s a narrative that’s still pushed today and it’s backed by a massive propaganda campaign that beams patriotism into the hearts of the masses; meanwhile, very few people ever question what’s actually happening. We are made to believe that war and the entire military establishment are necessities, but they’re not. People have been sharing this opinion for a very long time, those of us who actually think for ourselves instead of simply believing everything that’s presented to us without ever questioning it. Take Mark Twain, for example, who explained the behaviour of the global elite to which I am referring to quite well:

The statesman will invent cheap lies, putting the blame upon the nation that is attacked, and every man will be glad of those conscience-soothing falsities, and will diligently study them, and refuse to examine any refutations of them: and thus he will by and by convince himself the war is just, and will thank God for the better sleep he enjoys after this process of grotesque self-deception. (source)

Today, this represents so much more than an opinion. In order to keep patriotism flowing and money feeding into the military industrial complex, we are made to believe war is necessary. More people have become aware of what’s known as ‘false flag’ terrorism. One of the more recent examples of false-flag terrorism would be the supposed chemical gas attack in Syria. False-flag terrorism means that these acts were covertly carried out by one country (in this case it was the United States) and blamed on the home country (Syria), all for the purpose of justifying a specific goal (US military intervention). It’s important to keep in mind that these aren’t just beliefs, they’re facts that are backed by tremendous amounts of evidence, so much so that current presidential candidate and military veteran Tulsi Gabbard, who introduced the Stop Arming Terrorists Act, the terms of which her website outlines succinctly: “The legislation would prohibit the U.S. government from using American taxpayer dollars to provide funding, weapons, training, and intelligence support to groups like the Levant Front, Fursan al Ha and other allies of Jabhat Fateh al-Sham, al-Qaeda and ISIS, or to countries who are providing direct or indirect support to those same groups.”  Gabbard herself was quoted as saying that the “CIA has also been funneling weapons and money through Saudi Arabia, Turkey, Qatar and others who provide direct and indirect support to groups like ISIS and al-Qaeda. This support has allowed al-Qaeda and their fellow terrorist organizations to establish strongholds throughout Syria, including in Aleppo.”

The idea that the latest gas attack in Syria was fabricated by the western military alliance in order to justify intervention in that country clearly outlines how ‘fake’ things are. These fake terrorist attacks, both home and abroad, are not only used to justify military action, but also to take away our rights here at home and justify surveillance and a heightened national security state. This article is not going to go into the Syria attacks, but I put more information in a recent article titled “BBC Producer Blows The Whistle & Admits The “Gas Attack” Footage From Syria “Was Staged.”

Another example of false-flag terrorism would be 9/11, as all of the witness testimonies and published research suggest it was a controlled demolition, and many believe it was orchestrated by the US government.

Think about that for a second: The same powers that claim to be protecting us from and fighting the ‘war on terror’ could be the same ones creating it.

This is why I wanted to share a portion of the work of Smedley Darlington Butler, a United States Marine Corps Major General, the highest rank authorized at that time, and at the time of his death the most decorated Marine in U.S. history.

What better person to hear it from than a source like this?

This is an excerpt from a speech delivered in 1933 by Major General Smedley Butler, USMC. I obtained these excerpts from Dr. Paul Craig Roberts. You can access General Butler’s entire speech here.

War is just a racket. A racket is best described, I believe, as something that is not what it seems to the majority of people. Only a small inside group knows what it is about. It is conducted for the benefit of the very few at the expense of the masses.

I believe in adequate defense at the coastline and nothing else. If a nation comes over here to fight, then we’ll fight. The trouble with America is that when the dollar only earns 6 percent over here, then it gets restless and goes overseas to get 100 percent. Then the flag follows the dollar and the soldiers follow the flag.

I wouldn’t go to war again as I have done to protect some lousy investment of the bankers. There are only two things we should fight for. One is the defense of our homes and the other is the Bill of Rights. War for any other reason is simply a racket. There isn’t a trick in the racketeering bag that the military gang is blind to. It has its “finger men” to point out enemies, its “muscle men” to destroy enemies, its “brain men” to plan war preparations, and a “Big Boss” Super-Nationalistic-Capitalism.

It may seem odd for me, a military man to adopt such a comparison. Truthfulness compels me to. I spent thirty-three years and four months in active military service as a member of this country’s most agile military force, the Marine Corps. I served in all commissioned ranks from Second Lieutenant to Major-General. And during that period, I spent most of my time being a high class muscle-man for Big Business, for Wall Street and for the Bankers. In short, I was a racketeer, a gangster for capitalism.

I suspected I was just part of a racket at the time. Now I am sure of it. Like all the members of the military profession, I never had a thought of my own until I left the service. My mental faculties remained in suspended animation while I obeyed the orders of higher-ups. This is typical with everyone in the military service.

I helped make Mexico, especially Tampico, safe for American oil interests in 1914. I helped make Haiti and Cuba a decent place for the National City Bank boys to collect revenues in. I helped in the raping of half a dozen Central American republics for the benefits of Wall Street. The record of racketeering is long. I helped purify Nicaragua for the international banking house of Brown Brothers in 1909-1912 (where have I heard that name before?). I brought light to the Dominican Republic for American sugar interests in 1916. In China I helped to see to it that Standard Oil went its way unmolested. During those years, I had, as the boys in the back room would say, a swell racket. Looking back on it, I feel that I could have given Al Capone a few hints. The best he could do was to operate his racket in three districts. I operated on three continents.

There is intelligent manipulation of human consciousness on several different levels happening, all for the purpose of justifying the state’s actions within the minds of the masses. Who is responsible for this manipulation? It’s the “invisible government,” which has been referred to by countless presidents, politicians and academicians for decades. As the father of public relations Edward Bernay once said, this “invisible government” is the “true ruling power of our country. We are governed, our minds are molded, our tastes formed, our ideas suggested, largely by men we have never heard of.” (Propaganda, 1928)

The good news? The world is clearly waking up to these facts, so much so that the global elite has started censoring information. Youtube accounts have been demonetized and Facebook reach has been limited for those sharing this kind of information.

The stronghold the elite had over human consciousness was much greater just 10 years ago compared to what it is today. We are finally starting to see the truth. We’re starting to realize that the events taking place on our planet aren’t always presented accurately to us.

Our perception of the planet and what has been happening here is changing, and that’s a very encouraging thought.