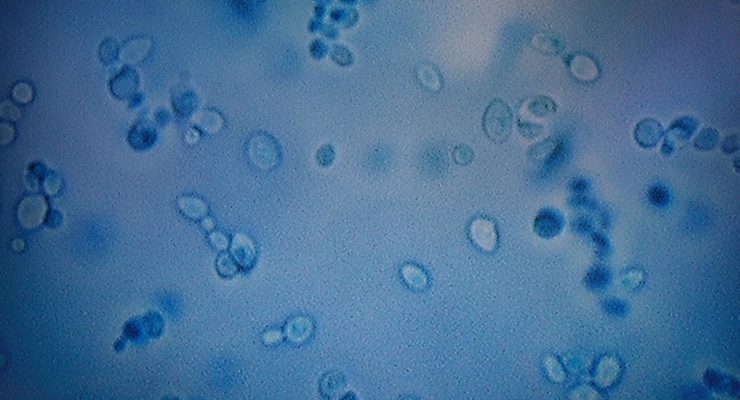 A friend of mine asked me about 12 years now has we were talking about the history channel and the doomsday profit series about how our world has we know it would end. My answer to him I believe it would be viral.

The infection – a fungus known as Candida auris, kills almost half of all patients who contract it within 90 days, according to the CDC – as it’s impervious to most major antifungal medications. First described in 2009 after a 70-year-old Japanese woman showed up at a Tokyo hospital with C. auris in her ear canal, the aggressive yeast infection has spread across Asia and Europe – arriving in the US by 2016.

The earliest known case in the United States involved a woman who arrived at a New York hospital on May 6, 2013, seeking care for respiratory failure. She was 61 and from the United Arab Emirates, and she died a week later, after testing positive for the fungus. At the time, the hospital hadn’t thought much of it, but three years later, it sent the case to the C.D.C. after reading the agency’s June 2016 advisory. –NYT

In the last five years alone, it it has swept through a hospital in Spain, hit a neonatal unit in Venezuela, spread throughout India, Pakistan and South Africa, and forced a prestigious British medical center to close its ICU for nearly two weeks.

By the end of June 2016, a scientific paper reported “an ongoing outbreak of 50 C. auris cases” at Royal Brompton, and the hospital took an extraordinary step: It shut down its I.C.U. for 11 days, moving intensive care patients to another floor, again with no announcement.

Days later the hospital finally acknowledged to a newspaper that it had a problem. A headline in The Daily Telegraph warned, “Intensive Care Unit Closed After Deadly New Superbug Emerges in the U.K.” (Later research said there were eventually 72 total cases, though some patients were only carriers and were not infected by the fungus.) –NYT

After C. auris reached New York, New Jersey and Illinois, the CDC added it to a list of germs deemed “urgent threats.”

Last May, an elderly man who was admitted to the Brooklyn branch of Mount Sinai Hospital for abdominal surgery was found to be infected with the drug-resistant candida. He died after 90 days in the hospital, however C. auris did notaccording to the Times. According to tests, the germ was everywhere in his room – to such a degree that the hospital required special cleaning equipment and had to rip out ceiling and floor tiles to get rid of it.

“Everything was positive — the walls, the bed, the doors, the curtains, the phones, the sink, the whiteboard, the poles, the pump,” said Hospital president Dr. Scott Lorin. “The mattress, the bed rails, the canister holes, the window shades, the ceiling, everything in the room was positive.”

Why is this happening?

Simply put, fungi are evolving defenses to resist and survive modern medications. “It’s an enormous problem,” said Imperial College of London fungal epidemiology professor Matthew Fisher, who co-authored a recent scientific review on the rise of resistant fungi. “We depend on being able to treat those patients with antifungals.”

The C.D.C. investigators theorized that C. auris started in Asia and spread across the globe. But when the agency compared the entire genome of auris samples from India and Pakistan, Venezuela, South Africa and Japan, it found that its origin was not a single place, and there was not a single auris strain.

The genome sequencing showed that there were four distinctive versions of the fungus, with differences so profound that they suggested that these strains had diverged thousands of years ago and emerged as resistant pathogens from harmless environmental strains in four different places at the same time. –NYT

“Somehow, it made a jump almost seemingly simultaneously, and seemed to spread and it is drug resistant, which is really mind-boggling,” said CDC fungal expert Dr. Snigdha Vallabhaneni.

While various theories exist as to why C. auris has made a grand entrance, Dutch microbiologist Jacques Meis believes the drug-resistant fungi are developing thanks to the heavy use of fungicides on crops.

Dr. Meis visited the C.D.C. last summer to share research and theorize that the same thing is happening with C. auris, which is also found in the soil: Azoles have created an environment so hostile that the fungi are evolving, with resistant strains surviving.

This is similar to concerns that resistant bacteria are growing because of excessive use of antibiotics in livestock for health and growth promotion. As with antibiotics in farm animals, azoles are used widely on crops. –NYT

“On everything — potatoes, beans, wheat, anything you can think of, tomatoes, onions,” said Dr. Johanna Rodes, an infectious disease expert at Imperial College London. “We are driving this with the use of antifungicides on crops.”

In 2015, Dr. Rhodes received a panicked call from the Royal Brompton Hospital medical research center outside of London, where C. auris had taken root months earlier. The hospital had no idea how to get rid of it.

“We have no idea where it’s coming from. We’ve never heard of it. It’s just spread like wildfire,” Rhodes was told, before she helped them clean it up. Under her direction, hospital workers used a special aerosol devices to spray hydrogen peroxide around a room which housed a patient with the germ – with the theory being that the vapor would permeate the entire room.

After one week of saturating the room, they put a “settle plate” in the middle of it with a gel at the bottom that would allow any remaining microbes to grow.

Only one grew back; C. auris. And officials were scrambling to keep a lid on it.

It was spreading, but word of it was not. The hospital, a specialty lung and heart center that draws wealthy patients from the Middle East and around Europe, alerted the British government and told infected patients, but made no public announcement.

“There was no need to put out a news release during the outbreak,” said Oliver Wilkinson, a spokesman for the hospital.

This hushed panic is playing out in hospitals around the world. Individual institutions and national, state and local governments have been reluctant to publicize outbreaks of resistant infections, arguing there is no point in scaring patients — or prospective ones. –NYT

And while the Brompton Hospital case did make headlines, the issue remaied largely out of the spotlight internationally – despite an even larger outbreak in Valencia, Spain occurring at virtually the same time at the 992-bed Hospital Universitari i Politècnic La Fe. Unknown to the public or unaffected patients, 372 people had become “colonized” with the germ – meaning it was on their bodies but they had not yet contracted it. Of those, 85 patients developed bloodstream infections, and 41% of those died within 30 days.

And while other prominent strains of Candida have not developed significant resistance to drugs, over 90% of C. auris infections are resistant to at least one drug, while 30% are resistant to two or more drugs.

“It’s pretty much unbeatable and difficult to identity.”