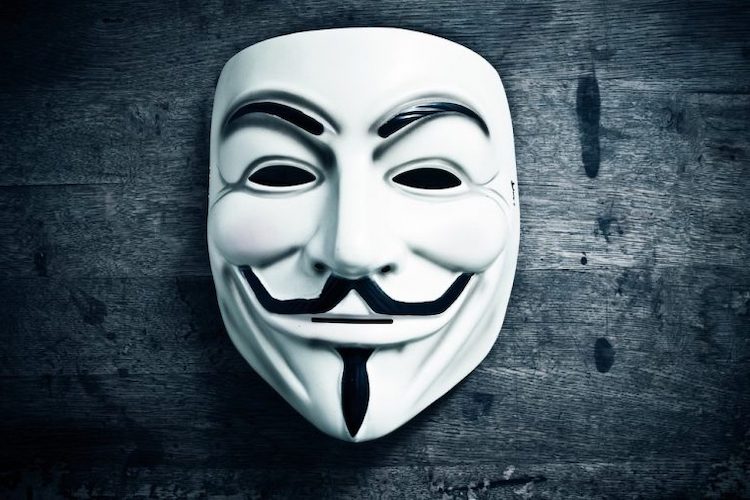 7 Ugly Truths that Will Jolt You Awake

“There’s no polite way to suggest to someone that they have devoted their life to a folly.” ~Daniel Dennett

We live in an oligarchic plutocracy disguised as a democratic republic. Because a massive amount of wealth is concentrated in the hands of a few, we’re unable to maintain a healthy horizontal democracy. Instead we’re forced to deal with the snake of unhealthy vertical democracy which has the diabolical snakehead of plutocracy.

If we lived within a horizontal democracy, we would have a better chance at being free. No masters, no rulers, and no chance for power to become concentrated in the hands of a few. As Edward Abbey said, “Since few men are wise enough to rule themselves, even fewer are wise enough to rule others.” Easier said than done, sure, but nothing worth doing was ever easy.

As it stands, it is impossible to live freely within an oligarchic plutocracy. The plutocrats will simply continue buying up power by creating oppressive laws and “legal” extortion rackets that keep the people without wealth and power in a permanent state of poverty and powerlessness. Add to that the use of lobbyists and a fiat currency based on debt, and you have a nation of hoodwinked debt slaves (soft slavery) under the delusion that they live in a free democratic republic.

“At the core of all well-founded belief, lies belief that is unfounded.”~Ludwig Wittgenstein

Partisan politics is old hat. Republican versus democrat is parochial and outdated. It’s high time we moved on from this utterly adolescent and intellectually dismissive mindset. It’s time we found a more mature and responsible way of looking at politics that goes beyond petty prejudice and whiny scapegoating.

Meta-politics puts conservatism and liberalism on the backburner and watches them burn. It roasts some marsh mellows over that fire while kicking its legs up and having a good long laugh at the deplorable, egotistical seriousness of it all. And the best way to achieve the kind of politics that leaves partisanship behind on the shitheap of history is to embrace sortition over election.

“If you vote, you have no right to complain.” ~George Carlin

Elections attract power hungry egomaniacs at best and warmongering sociopaths at worst. People who seek power over others tend to be the least capable of handling it. There must be a way to guard against this kind of unhealthy power-seeking personality type in our democratic leadership while still maintaining a healthy democracy.

One potential solution is the implementation of a sortition-based system of appointing leaders, with assembly powers to vote out “bad seeds.” A lottery would balance out the system through simple probability, while empowering citizens and preventing power from corrupting, since voting-out would be the only time a majority vote would matter. Sortition through lottery, by way of voluntary assembly, would level the playing field, make lobbyists obsolete, and prevent power from becoming entrenched, all while educating the masses on civic-mindedness and maintaining a healthy egalitarian ethos.

Assemblies could be local and practical, growing out of an organic bottom-up approach that encourages proactive and informative citizenry which would see communities build county assemblies into state assemblies into national assemblies. All of which would use the lottery to elect leaders and only use the popular vote to oust bad leaders.

“Live simply so that others may simply live.” ~Gandhi

Migration and the free movement of people has always been a defining factor of the human condition. It’s a process of trial and error at times, certainly. For tyranny and violence have always been ugly aspects of our history. But, ultimately, it has been the cornerstone of our healthy, progressively evolving, species. Using a big-picture perspective, what astronauts call the Overview Effect, we can see how silly and irrational the idea of borders, boundaries, and disputed territories really are.

And yet today, caught up in our myopic, small-picture thinking, there are millions of us who think that attempting to stop the free movement of people is necessary and moral. Important enough to build a wall even –a symbol of structural violence if there ever was one.

But as Jason Silva said in this profound video, “Restricting migration is ultimately like restricting the flow of ideas. In much the same way that we don’t tolerate censorship, we might consider the ways in which restricting the free movement of people can be equally punishing to the idea of human flourishing.”

“The secret of reaping the greatest fruitfulness and the greatest enjoyment from life is to live dangerously.” ~ Friedrich Nietzsche

Peaceful freedom is the ideal, of course, but to achieve peaceful freedom, dangerous freedom must surpass peaceful slavery. Peaceful slavery is an all-too-comfortable state reinforced by extortion disguised as security and oppression disguised as safety. In order to snuff out the covert deceit, in order to reveal the Matrix for what it truly is, a little dangerous freedom must be acted out. A little risky (but mind-blowing) red-pill popping must replace the safe (but mind-numbing) blue-pill popping.

Risky vulnerability is healthier than safe invulnerability. Our all-too-comfortable culture is like an unhealthy tank. It’s a militarized comfort zone afraid to stretch itself into something new. It’s no wonder that it is home to millions of people who are themselves afraid to stretch their own comfort zones into something healthier. This comes at the expense of both personal and cultural health.

As a result, we are left with a culture that convinces itself that it needs to seek permission to be free. You can’t do anything these days without seeking permission first. You can’t collect rain water, grow and sell food, go fishing, travel, get married, protest. It’s the height of insanity.

And yet we are mostly complicit. But we will reap no peaceful freedom if we don’t sow a little dangerous freedom first. Get busy freeing or get busy slaving. The choice is ours.

“When freedom is outlawed only outlaws will be free.” ~Anonymous

If, as Stefan Molyneux said, “The law is an opinion with a gun,” then it stands to reason that we should check untenable opinions with a tenable solution. Privatized defense-minded policing is that solution.

It is based upon the reasonable precept that for any free humans who are unable to protect themselves or their property –whether due to lack of skills, an ailment, age, or even plain cowardice– they are free to hire a defense-minded police force to help protect them and their property.

As long as this police force remains defense-minded and doesn’t become offense-minded by forcing their values, ideals, rules, or laws onto others, then it is a morally tenable means of policing. It’s only when the hired police force (such as the state-driven police force we see in the streets today) violates defense-mindedness by becoming an oppressive, extorting, violent force with the monopoly on power, forcing its values, ideals, rules, or laws on otherwise free people, that it ceases to work well and becomes unreasonable and untenable.

7.) Those with Power Should be Held More Accountable than those Without:

“Nearly all men can stand adversity, but if you want to test a man’s character, give him power.” ~Abraham Lincoln

If any person within any cultural dynamic acquires enough wealth, they have power over others in that culture. What a person does with that power will define their character.

Governing the precept that humans are fallible, imperfect, and prone to make mistakes, especially when it comes to power, it stands to reason that confiding in a system made up of humans wielding power over others is absurd. It’s circular reasoning at its worst.

True leaders cannot be controlled. They learn, through self-mastery, the teachings of others, and through Universal Law, how to discipline themselves. True leaders don’t follow power; they learn how to turn the tables on power, even their own, so that power does not corrupt. True leaders don’t kowtow to tyranny or authoritarian rule; they attempt to dismantle it, despite the “rank and order” that props it up.

This requires courage. It requires slapping people with the truth when they would rather be kissed with lies. It requires revealing ugly truths that jolt people awake. Speaking truth to power is making a declaration of interdependence in the face of entrenched power. It’s counting coup on authority. It’s becoming a social leveling mechanism par excellence. As Niels Bohr said, “Every valuable human being must be a radical and a rebel, for what he must aim at is to make things better than they are.”