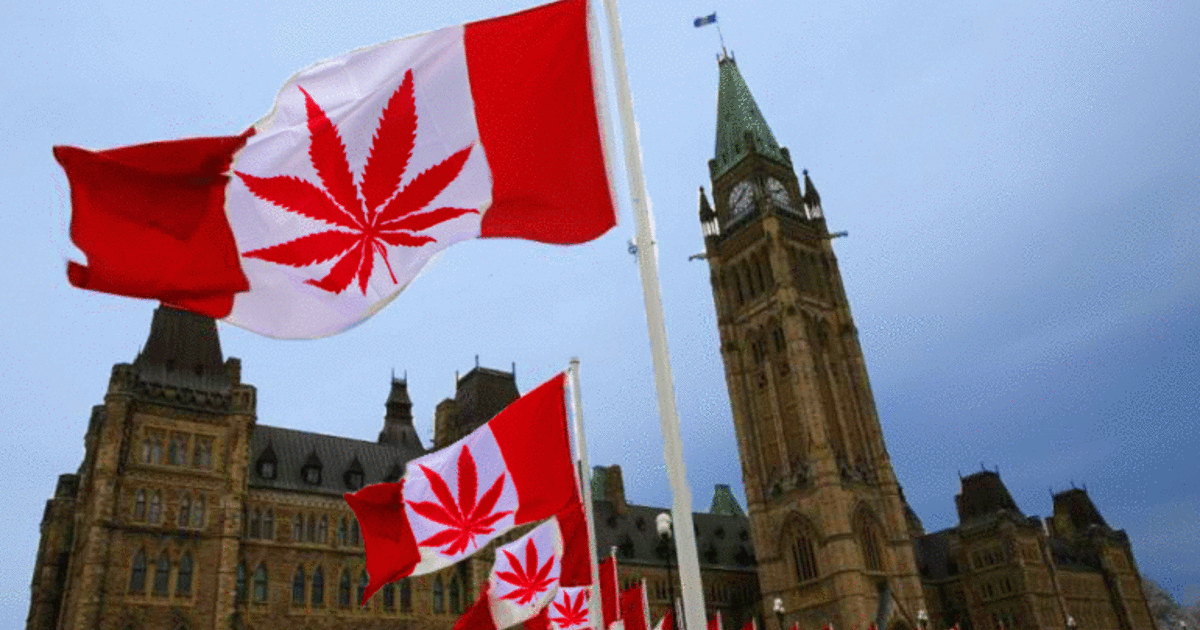 Thanks CE and Richard for the Post. It is a  progressive step in Canadian society for various reasons. But is it major step I think not. A major progressive step to me would be to pull out 20 of the best Patton’s for magnetic zero point energy generator devices perfect 5 of them down to a footprint no bigger the size of a North American furnace and mass produce them so there would be  less dependence on a hydro grid and fossil fuels but it would take a very brave governmental leadership to pull that off. So I will just sit back smoke some and dream about the possibility and wait for everybody to catch up so we could all pull off this Canadian Progressive step together and then go after other Patton’s. that have been locked up to stifle the progression of our civilization like medical anti aging  and ant-gravity transport vehicles. They are there waiting to be unleashed for a better world. By the way my cannabis has been ordered and is on it’s way

For some Canadians, October 17th is a day they have been anticipating for a long time. For others, it may pass by without much notice. Yet, one thing is for sure. Eventually, virtually all Canadians will be impacted in one way or another by Canada’s decision to legalize cannabis. Parents. Children. Regular Users. Non-users. Teenagers. The Elderly. Those of all ages suffering from illnesses of all kinds.

and not only will this impact the everyday lives of people in Canada, most Canadian institutions will be going through a learning curve and devoting attention to this new phenomenon. The government. Law Enforcement Agencies. Growers and farms. Wholesalers and retailers. Advertisers and marketers. Who in Canada will be able to say they have not been touched by this one way or another, once the intoxicating and healing powers of cannabis become more accessible even than alcohol?

Some changes will happen immediately, some changes will evolve over time. Some people argue that Canada is not yet ready for all the implications of legalizing cannabis at this point, but the prevailing attitude is that things will sort themselves out in an orderly fashion over the next 1-3 years.

Law enforcement: The change in the criminal code means that limited possession of cannabis is no longer a crime, though people who are currently in jail for possession of cannabis are not being automatically let out of jail. Much of law enforcement rhetoric focuses on preventing youth from indulging in cannabis, in a fashion similar to the restrictions on alcohol. More likely, the majority of funds and manpower will be diverted to combating black market enterprises, given that the government now stands to gain $675 million per year in tax revenues from the sale of legal cannabis. Regulations for impaired driving as a result of cannabis consumption look to evolve over time as technologies for measuring impairment like alcohol ‘breathalizers’ improve.

Marketing and Retail: The way in which legal cannabis is promoted and sold to the public will likely go through a push-pull transition between advertising regulations and the way wholesalers and retailers will try to get around those regulations to sell their products. The same can probably be said for the business chain as a whole from growth to consumption.

Usage in General: Usage in Canada is bound to increase, simply due to an increase in the availability for those who have not actively sought it out in the past, and the removal of the stigma of its illegality, as well as the social acceptance of the consumption of cannabis which is bound to grow over the next couple of years.

What Will Not Change

There are two things that will not change when cannabis is made legal in Canada on October 17th: cannabis and you.

Cannabis itself is not suddenly safer or better for you than it was before just because it has become legalized. The same decisions you were making on whether or not to indulge in the past still pretty much apply, so ubiquitous was its use despite being illegal. Will regulation make the quality of cannabis you receive better? Not necessarily. It may become more consistent, if less potent, if the quality controls in place are reliable. But remember, black market dealers and sellers had an intrinsic investment in the quality of their product if they were to hope to have regular customers.

By ‘you,’ I am referring to your deepest, truest sense of self, the person you are and who you want to be in the highest vision of yourself. This does not change with any change of regulation in the outer world, and certainly you have to be wary if this change of regulation arbitrarily changes the choices you make and impacts your habits, goals, and dreams.

What To Watch Out For

You may be one who will be inclined to be more open to the personal recreational use of cannabis once it becomes legal. With this comes the possibility of gradually developing a dependence, facilitated by a greater legal and social acceptability. It is important to take notice if recreational use begins to devolve into a catch-all means of escaping from the stress and discomfort of real-life problems, in ways that you get out of the habit of confronting problems and discomfort at their source.

The same can be said about the use of cannabis for medicinal purposes. No doubt, cannabis and CBD oil will be marketed as the healthy sedative for physical ailments and will also be touted as a curative agent for certain types of diseases. While this may be true in some particular cases, you have to be cautious about the claims made by sellers and marketers of the product, whose job is to sell rather than research and diagnose exactly what conditions will benefit from cannabis treatment, and even more particularly what strains of cannabis will work for given conditions.

There is a body of research about the curative effects of cannabis made from an Eastern holistic perspective, which treats each individual case not based on outward symptoms, as Western medicine does, but in terms the particular physiological, emotional and spiritual conditions an individual is in which seen to be at the root of the individual’s ailment. Hence, being wary of marketing practices does not mean avoid cannabis or CBD oil as medicinal treatment for a particular condition, but try to do so in consultation with an unbiased and trusted practitioner/researcher whose motives are healing your particular condition rather than making profits selling cannabis.

The consumption of cannabis has the potential to be both consciousness-expanding and consciousness-numbing. It does have healing properties but you really have to do your due diligence and use it in a very disciplined way in order to truly gain healing benefits from it rather than getting into the habit of simply escaping from pains and difficulties that are part of a normal life. It is an exciting time for Canadians in that we are now more free to choose something that never should have been illegal to begin with. Let’s make sure this newfound freedom serves us in the best ways as individuals and as a community.