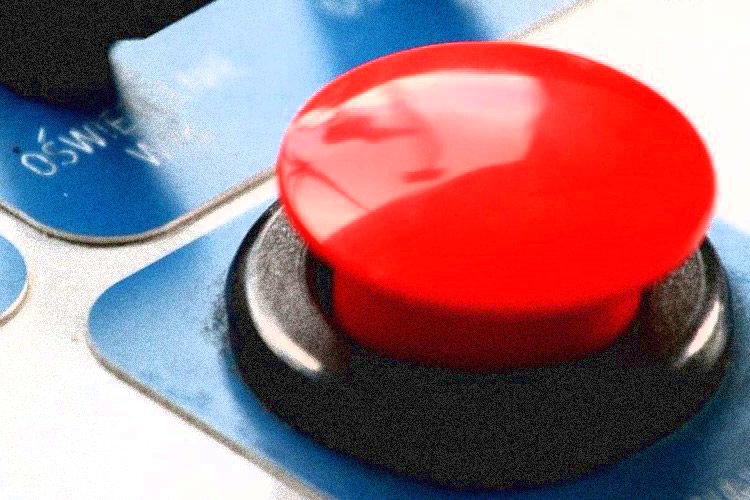 The Control Of It All

A Snapshot of the Internet Kill Switch in 2018

For over a decade now, activists and truth-seekers have been watching the growing influence of the internet on society and politics, pointing out that when millions of people become informed to truth, it would drastically change the political landscape in America and around the world.

At the same time, we’ve been warned that when mass, virtually free information sharing by the general public became a genuine threat to the establishment and status quo, that an ‘internet kill switch’ was ready behind the scenes to shut it all down.

But while ten years ago, this prospect conjured up images of an actual switch in a DARPA facility somewhere in the Rocky Mountains that would literally power down the infrastructure and back bone of the world-wide web, we are seeing today what the ‘kill switch’ really looks like. It really is more of corporate/government affair that targets unwanted information.

This is the true form of the internet kill switch as it appears in 2018.

1.) “Violation of Community Guidelines” (The Outright Ban) – First and foremost is the now ubiquitous, blanket statement that users of corporate media platforms get when their pages, channels, accounts are shut down. It never points to anything specific, or offers an opportunity to right the transgression. It is legalese for ‘f$#k off, you’re not wanted around here.”

2.) Shadow Banning – This is the act of allowing a persona non grata to continue to use a corporate media platform, but not allowing their posts or content to actually be seen by anyone.

3.) Throttling of Reach – Businesses and media organizations across the board have been seeing a steady and dramatic decline in their ability to reach their audience. The number of page likes really means absolutely nothing, and while these people have signed up to receive content from you, the social media platforms make sure that only a tiny fraction of your audience actually gets what they signed up.

4.) Blacklisting Domains – Platforms like Facebook have demonstrated the ability to prevent a specific domain from getting any reach.

6.) Flagging Content as ‘Fake News’ – This one is particularly insidious because social media platforms are using corporate news organizations like ABC and discredited private companies like Snopes to supposedly fact check independent content. These labels are often erroneous and can sometimes be appealed, but the flag itself damages the content providers reputation and reach.

7.) Downranking and Search Indexing – Google is using their algorithms to target and hide information from search results.

8.) Time Outs for ‘Bad Behavior’ – Twitter, Facebook and others will often time out a page or page admin for violating some hidden policy. Admins will be locked out of their pages for set periods or have their functionality reduced, thereby preventing them from posting content and reaching or communicating with their audiences.

9.) Shutting Down Websites and Confiscation of Content – WordPress.com is now shutting down sites hosted with its hosting services, again for the ambiguous ‘violation of community guidelines.’ Page owners are locked out without warning and are prohibited from accessing their content or backups of their sites, effectively stealing intellectual property from people.

10.) Shutting Down Business Services – Services such as Mailchimp, Spotify, Disqus and a variety of ad networks are now demonstrating the willingness to cease doing business with organizations for political reasons. This one is the most insidious ones, because it goes beyond content censorship and aims to shut people out of their legal right to conduct business.

The crisis of internet censorship in the West is unfolding now and just now coming into view. It appears that government agencies are heavily influencing these policies, along with monolithic tech companies who are now demonstrating the willingness to allow the political beliefs of executives to influence the business services they provide. Given that these are businesses, it stands to reason that it won’t be long before these companies suffer substantial backlash for crossing the line into censorship and thought control