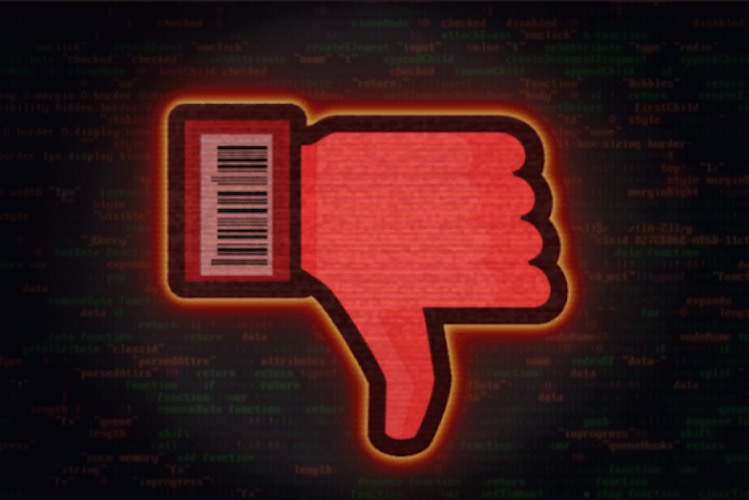 Movement on the Internet

The Upside of Corporate Internet Censorship

In 2015, Matt Drudge of Drudge Report issued a warning to all independent journalist and individuals participating in the information revolution. He warned that we were swiftly entering the era of extreme information censorship, made possible by the monopolization, corporatization and homogenization of the web by megalithic corporations like Google, Facebook and Twitter. Their aim, he notes, is to force all of us to operate on their playgrounds rather than create truly independent outlets.

Essentially, he was describing a culture war – an attempt to force us all into a severe state of groupthink, and he urged us to immediately start creating our own vision for the net, something that operates outside of the corporate internet ghettos which have essentially stolen our content, ideas and creativity.

“You’re playing in Google’s hell-pit. Make your own place. The internet allows you to make your own dynamic, your own universe. Why are you gravitating towards somebody else’s universe?

“I don’t know why they’ve been successful in pushing everyone into these little ghettos. These Facebooks, and these Tweets, and these Instagrams. This is ghetto, this is corporate, they’re taking your energy and you’re getting nothing in return. Nothing.

“There’s no difference from any of these websites. What’s the difference between the websites? Between a Slate, or a Salon, or a Buzzfeed, or a HuffPo, what is the DIFFERENCE? There isn’t any. And this is a travesty. It’s almost like a weird conglomerate of groupthink that has developed, in a dynamic era that should be vibrating. It should be vibrating, it should be controversial. Stop operating in their playground!”

“So, I’m here to say… to be an independent American, in a big way. If your calling is media, fine. If your calling s sports, whatever it is… but you’ve got to be the greatest you can be, NOW.” ~Matt Drudge

Well, fast forward two years to the present, and the censorship is here in a big way. These massive corporations who’ve spent the last decade-plus corralling us all onto their domains are now selectively booting personalities and ideas from their platforms, in the hopes that it will force them out of business and shut them down.

Here at Waking Times, for example, we’ve had our YouTube page deleted with no clear or even halfway comprehensible reason. All of our appeals have been instantly denied by robots. Facebook has reduced the reach by our page with 600k+ subscribers by literally 99.5%. Again, this has been done without reason or explanation, and issuing an appeal is like begging the Wizard of Oz for favor. And pretty much on a weekly basis  nowadays we receive notifications from Google that various articles on our site have been demonitized for violating one mysterious code or another.

But just as so many things in life, what at first appears to be a setback or an obstacle is in reality an opportunity which wasn’t evident until the comfort of complacency was removed.

And this is why there is a tremendous upside in all of this.

When a business dumps their best and most active clients for spurious or disingenuous reasons they are shooting themselves in the foot and triggering their own demise. These companies will not survive.

Beyond that, however, is a bigger picture.

This type of censorship, through demonitization, ghost-banning, page-blocking, de-indexing, blocking, censoring, and removing, is the very thing that will finally bring about the realization of the full potential of the independent individual on the net.

CLICK HERE TO GET MY INSPIRING WEEKLY BULLETIN IN YOUR INBOX

For far too long we’ve been complacent and lazy about creating an internet that truly serves to connect humans in a meaningful and beneficial way. For a time, we were all convinced that the paychecks involved in AdSense revenue were the opportunity, but now we know they were the honey trap.

The amazing thing is that not only will this bring about their own economic demise, but it is also already inspiring a new wave of technology and effort with the aim of decentralizing and circumnavigating this type of top-down corporate control of ideas and information.

It’s already happening. Bill Ottman of Minds.com was on Fox News with Tucker Carlson explaining how an AdSense ban on their platform had caused them to begin development of a transparent, independent, blockchain advertising network. And the developers of Urbit are working on creating an entirely new decentralized version of the internet. These are just two examples of many hundreds.

Just as a baby who is necessarily weened from their mother in order to gain independence, we are being kicked off the corporate teet of the internet, and are now being given a chance to create our own internet. Given that we are ultimately beings of pure potential operating in an environment with extraordinary technological capacity and unlimited tools, we really can’t lose.

We are being set free of our dependence on these corporate control freaks.

Those who still want to be in this game will find and create new, exciting and far more interesting ways of attracting and maintaining audiences and connecting with like-minded souls around the planet. This is wonderful news.

After all, economic necessity is the mother of invention, and they’re giving us no choice but to evolve without them.  Long live independent and vibrant self-expression.