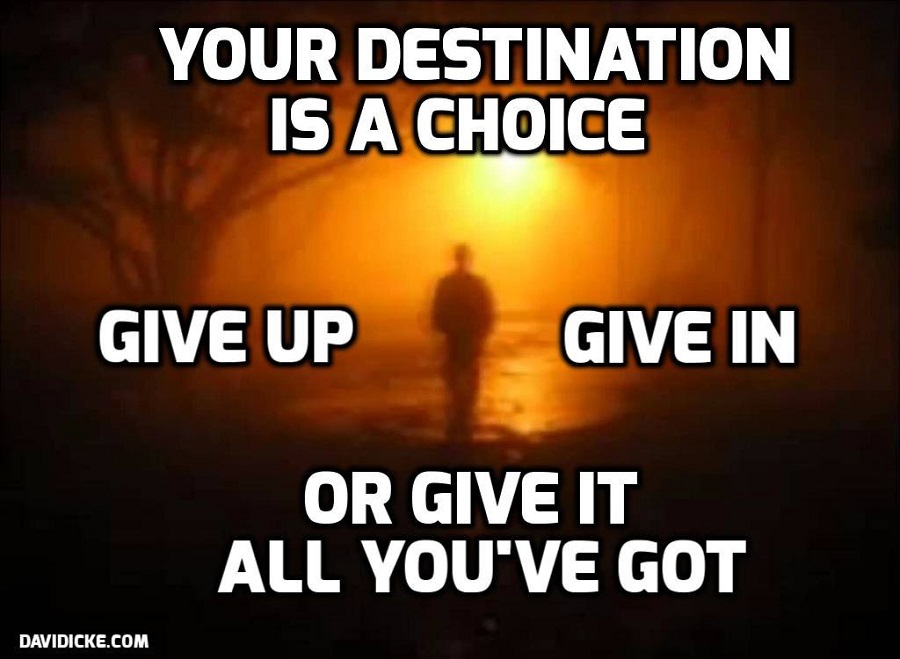 Thanks Julian for this great article/essay/post it is well appreciated and no we who believe in freedom for us and future generations will not give up. We will speak up in casual conversation to help people understand how we have been manipulated and how we can help make it a better world. We can start with a simple gesture by forcing are governments to clean up man made synthetic chemicals and dispose of them.

We have all come across claims, past and present, in which someone states that they have ‘seen the future’. Some of these claims make good reading/listening, even if they are predominantly apocalyptic in nature.

Nostradamus is perhaps the most famous amongst such seers, and no doubt he really did visit recent events on this planet during his lifetime in 16th century Europe. His foretelling of the destruction of the twin towers (9/11) was a particularly chilling example.

Some predictions carry with them a certain cache. Those who are being told the scenario often fall silent, lean forwards and widen their eyes. A fair number take the proclamations seriously, and then tell their own versions of stories that made an impression on them.

Thus, a wide range of projected pictures of the future – typically of the country one lives in – are on display at any one time. So one can pick and choose or simply reject them all.

But what exactly is going on here?

To make any sense of this, one needs to explore the practice behind what we call ‘the predictive’ and what we call ‘free will’. The predictive involves following the sequences involved in the playing-out of major life events largely outside our control. Free will believes that the future is infinitely changeable, having the potential to be shaped by us, and tied to a vision of where we want to go.

There are many other ways in which ‘seeing the future’ can be experienced, but I don’t propose exploring these in this article.

Instead, I wish to explore the historical line which shows how the power to manipulate events on Earth was – and remains – in the hands of a small number of individuals having the status necessary to take a controlling influence over large segments of humanity for significant periods of time.

In regard to this scenario, we can clearly recognize the existence of a long line of planned inter blood line marital agreements/breeding programmes, specifically established so that the authority of the controlling power is maintained within one particular family grouping, for decade after decade and century after century.

An interesting example of this is that every president of the United States, barring the Dutch born Martin Van Buren (eighth president) is purported to have retained a blood tie to British royalty, from George Washington onwards. George the First of England is the root source of this unlikely family tree.

Now given that the ability to maintain wealth and position results from carefully planned intermarriage agreements, it is not so surprising that these same families – and their chosen accomplices – are able to pull the strings of world events. In other words ‘to control the future’.

Think of the Rockefeller and Rothschild families involvement in funding both sides during the two World Wars. Now go on to think how, given the power and longevity of these fiefdoms, it became possible to make a prediction about the coming course of events, following a quite logical pattern:
the further progression of the oligarchical master plan for humanity!

In Nostradamus’s time, the main controllers had their base in the Vatican and the royal fiefdoms of old Europe. Both no doubt worked with dark-side energies, through secret society networks entrusted with keeping a line open to the darker powers that maintain a keen interest in the evolution of our planetary activities.

So when Nostradamus witnessed the destruction of the twin towers of World Trade Center, he saw a culmination point of a line of events planned by a combination of earthly and non earthly powers, many centuries earlier. Powers working on – and with – a vibratory level similar to that invoked by 33rd degree Masons during ritualistic gatherings in Masonic Lodges around the World.

Taking all this into account, one could say that ‘predestination’, interpreted as the foreseeable rolling-out of a planned formula by those with enough power over the people to make it happen, has a very predictable logic, as well as a certain fatalistic attraction for those feeling powerless to affect significant change to the master plan.

Predicting the future, when – like Aldous Huxley – you are coming from the inside, is not so difficult. One needs to know the composition of the master plan and its tools of execution. And count on the fact that a combination of mind control and mass propaganda will keep the general populace from transgressing the script.

The great majority of humanity has indeed followed the script – for thousands of years. It has done so under a controlling influence operating at a manipulative level undetected and unknown to most ordinary mortals. One that does not, in any way, have humanity’s interests at heart; but that offers instead, a predictable prison life which eventually becomes addictive – and even gives the illusion of freedom.

In fact, one might say that the regime having its hands on the prison thermostat, doesn’t have ‘a heart’ at all; as love, compassion and empathy are completely missing from its emotional composition.

The leading secular and non secular controlling institutions of our planet long since learned how to tap into the dark energies; and how to utilize them for both the repression of humanity’s spiritual aspirations and the garnering of special powers in support of the cult of crass materialism.

Most of those on the receiving end of this despotic hierarchy, have misinterpreted the role it plays in deliberately keeping them servile to its goals. From the end of the dark ages and throughout the middle ages of European history, many believed that their slavery was down to the fact that God was punishing them for their ‘sins’. Sins they had supposedly inherited from the ‘moral failures’ of Adam and Eve in the Garden of Eden. Thus spoke the moral authority of the time: the church.

Right up until the present day such oppressive dogma holds sway over large sections of humanity; encouraging fear and passivity, and blocking any potential for a people led uprising to bring lasting change to the destiny of the planet.

The blood-line ‘royal fiefdoms’ also exerted their own special control, via conscripting young and able men into the vast armies trained to go to war with each other in the name of the nation state from which they hailed. However the real agenda was not nationalistic so much as materialistic; plundering other country’s wealth for the benefit of the elite and its favored entourage.

Now read that paragraph again – substituting USA/NATO – for the royal fiefdoms. Nothing has changed. A triumphal glorification of the mother country – as rallying war cry – is a smoke screen used to great affect for centuries.

However, not everything that went on within centuries of empire building – and empire dismantling – was marked by a cold blooded disinterest in the fate of humanity. Some kings, queens, princes and nobles, exerted some positive influence, by introducing reforms to society which offered a glimmer of hope to those who served under them. History recounts the various stepping stones that led to the European Renaissance, and a gradual loosening of the old powers of slavery.

But none of this alters the fact that the majority of people on this planet – right up to the present day – have never felt it to be within their power to set the agenda for the future. And that is critical. Even those more enlightened souls who – in one way or another – have been able to light the way for mankind, have not been able to break the spell of the preplanned agenda.

Predestination still overshadows free will, delaying the deep changes that would emancipate humanity. The 1% still hold the sword over the 99%. The individual cases of ‘enlightenment’ that do take place, take place within the agenda of the existing status quo.

As we witness, even in the first two decades of the 21st century, the majority of people still expect today’s fake ‘leaders’ to do their bidding. Still accept their role as slaves to ‘the system’ with its overt imposition of mass indoctrination and mind control. An indoctrination all too often aided and abetted by the authoritative theology of the church, and more recently, by the addition of global corporate elites.

Every year the master plan is renewed, as secretive Bilderberger sessions pull together leading figure heads of corporations, scientific research, military, royalty and politics; who tweak the top-down agenda in order to maintain the status quo, at whatever cost.

Broadly speaking, that is still where we are today.

So have you seen the future? And if so, is it a future that has finally been prized free from the grip of relentless psychopathic control freaks? What action do you see yourself taking in relation to the shaping of oncoming events?

Here’s what I see – and it hovers in front of me – halfway chimera and half way reality. I see that we are – at an admittedly still quite tentative level – actually sickening of our Kali Yuga schooled desire ‘to have’ and to conform; and that our new propensity is moving us ever closer to a desire ‘to Be’ and to cease to conform.

The more this inclination gains strength, the more we experience ‘being’ as the true expression of what it means to be human. So different from the dead weight of the ‘having’ mode. A state of consciousness that lifts us out of our old serfdom, connecting-up past, present and future and merging them into an inseparable continuum. A quantum state of oneness with our indestructible divinity.

Here, in this place, what we see ahead of us is a projection of the vibrancy of the now. There is no preplanned future to suffocate our creativity. All time is pulled into a vibrant ever expanding present, and we are in the driving seat of change.

We ‘the people’ are getting ever closer to gaining this insight and the illuminated powers that go with it. The future we collectively see, while in this state of oneness, is the future we will go on to build. It is a state of consciousness, that when experienced by a critical mass of individuals, will finally collapse the age old status quo and all the heinous repression that goes with it.

Although the war tainted darkness presses-in around us, a great awakening of humanity is not far off. An age of emancipation, in which we are able to break-free of our slavery and take a controlling influence over our lives, as well as the health and welfare of our beleaguered planet. At one with the very universal forces from which we were birthed in the first place.

So, onwards, onwards, fellow adventurers. The answer to our calling is at hand. The predestination master plan is shredding. Our oppressors are loosing their grip on the reins of power; and with our active help – will soon be in full retreat. Their mission to conquer and enslave the spirit of man and of Earth, will be overcome, and will end in abject failure.

Hail to that great day.