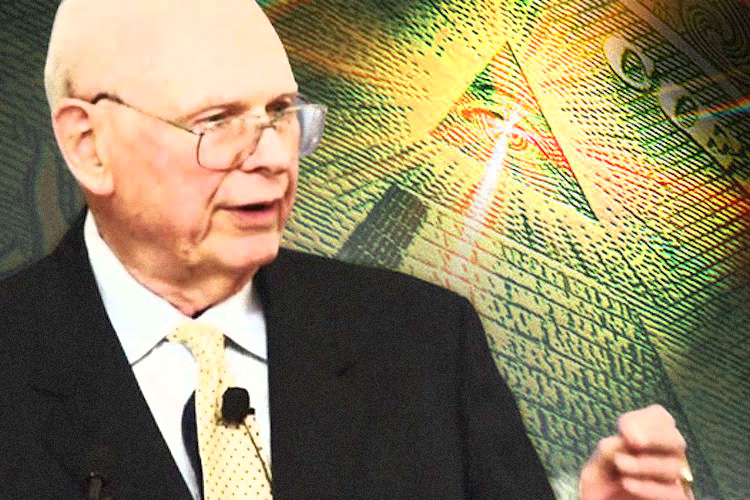 Tell It Like It Is In True Canadian Fashion

That a boy Paul tell it like it really is. The truth is a bitch

The occult influence on today’s society is pretty much mainstream now. Even the most obvious of symbols, such as the one-eyed celebrity, permeate pop culture.

It’s a meme that has gone from fringe to full-on famous, and it’s either real, or it’s one of the most persistent and coincidental collective fantasies of all time.

A former Canadian Defense Minister, Paul Hellyer, says the conspiracy is real. He is well-known for sharing his professional insight into some our most enduring myths, including the presence of aliens on planet earth.

Paul Hellyer, who was the Canadian Minister of National Defence in the 1960′s during the Cold War, claims to have inside information that top governments are in cahoots with aliens.

Hellyer first spoke about his belief that aliens were on Earth in 1995, and since then has become an authoritative figure in the UFO community.

“In one of the cases during the Cold War, 1961, there were about 50 UFOs in formation flying South from Russia across Europe.

“The supreme allied commander was very concerned and was about ready to press the panic button when they turned around and went back over the North Pole.

“They decided to do an investigation and they investigated for three years and they decided that with absolute certainty that four different species, at least, have been visiting this planet for thousands of years.” [Source]

Hellyer has long been speaking out about some of our biggest conspiracies, and recently he’s been in the headlines for comments he made about the secret cabal’s very real influence on our world today.

“You have a got secret cabal that’s actually running the world and they’ve managed to keep this technology under wraps until they can cash in the trillions of oil assets that they’ve got.

“And it’s not going to change until hundreds of thousands of people band together and say look ‘you’ve got to come clean, tell us what is going on, and change your priorities to save the world for further generations instead of blowing it on wars’.” ~ Paul Hellyer