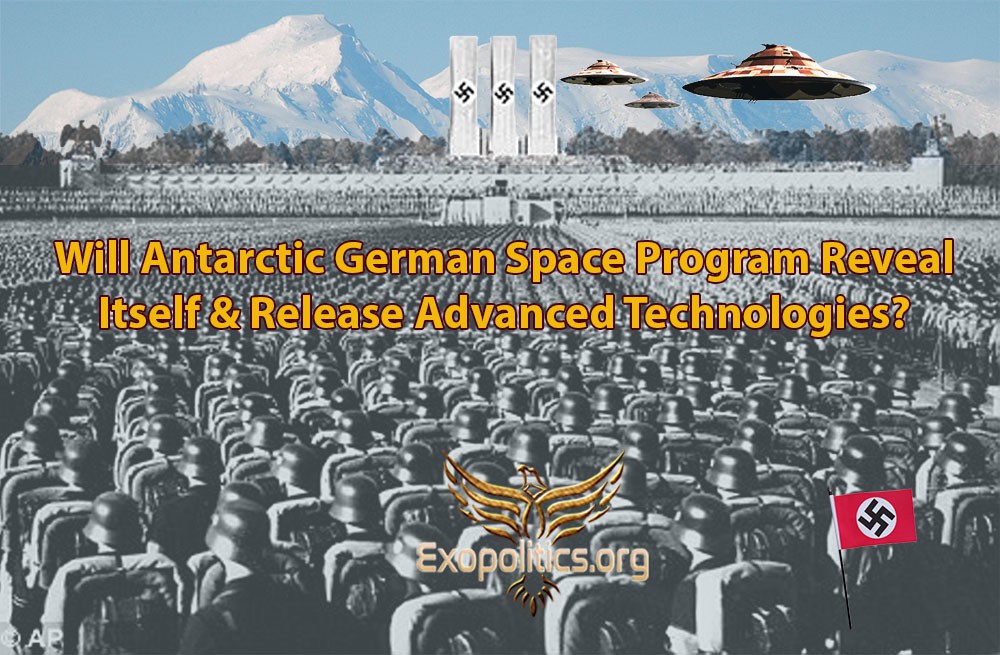 Another glimmer of hope for our humanity or are they just teasing us? You be the judge.  The rest of this post/article/essay continues at this site  http://exopolitics.org/

There has been much controversy over a February 5 blog post by former Forbes Magazine editor, Benjamin Fulford that a German Space Program based in Antarctica has secretly reached a deal with U.S. and global authorities, and is ready to reveal itself. Such a disclosure will lead to life changing antigravity and other suppressed technologies being released, according to Fulford.

Fulford does not name his sources or offer any direct evidence supporting his controversial claim, but recent visits to southern Argentina by U.S. Secretary of State, Rex Tillerson and Amazon founder Jeff Bezos, does offer important circumstantial support. Fulford’s claim therefore merits close examination in light of what Tillerson and Bezos were really doing in Argentina.

A major peace deal was reached last week in negotiations that took place literally under the light of the blue-blood super moon in a certain Asian country last week, according to sources who were present. As are result of this, the Nazi faction of the world military-industrial complex has agreed to align itself with the light side of the force. Thus in the near future, Nazi technology, notably anti-gravity and hypersonic (Mach 20+) air travel, will be made available to the “surface population,” of the planet, the sources say… We will have more details toward the end of this report.

Towards the end of his blog post, Fulford gives the promised additional details:

In any case, now that the Nazis have agreed to come out of hiding and rejoin the human family, there is simply no military power left that will support any more Khazarian genocidal projects. The Nazis are now run by a generation that is in their 30’s and who have no experience with or involvement in the horrors of World War II. For that reason, they have no reason to hide.

In any case, according to the source mentioned above, the Nazis have not really been hiding at all. In the real world, most Nazi leaders who were not arrested at the end of World War 2 did not go to Antarctica or even South America. Instead, they went to Spain, which was still run by a Fascist government after the war ended. Many stayed in Spain, but others moved on to Cuba and Nevada, among other places. The infamous Area 51 and other bases in Nevada are mainly bases for testing advanced Nazi aerospace technology, according to this source. This technology will now be shared with the general population, the source says.

The Nazi bases in Antarctica, this source says, are far smaller and less significant than many believe. He says disinformation about giant Nazi bases in Antarctica was deliberately put out by the Nazis in order to keep Nazi hunters off their trail. The reality is that they did find warm hollows under the ice created by volcanic hot springs, but that that the water was undrinkable.