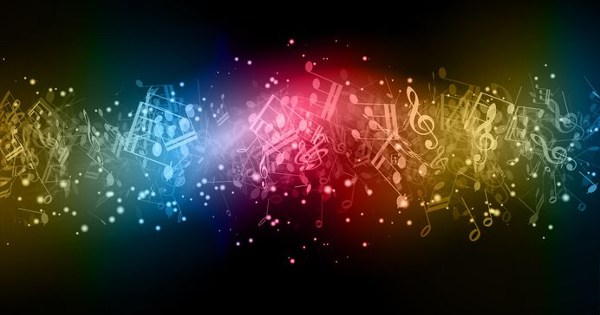 Music, which may be the most ancient human language, has the potential to improve neurodegenerative and neuropsychiatric disorders by creating new brain cells and neural connectivity. Not only that, but music restores hormonal and immunological balance in a way mirroring adaptogenic herbs.

The Evolution of Music

Music, the universal language, has been woven into the fabric of human culture since time immemorial. Rather than being a modern human invention, the creation of musical harmonies, using the voice as an instrument, and moving to rhythms may have long been crystallized as part of the human condition. A historical facet of the human condition, research implicates music in the cementing of social bonds, the establishment of monogamy, and as a primitive mode of communication (1). In fact, by forging social communion and engendering a sense of group identity, music may have been foundational to the emergence of large-scale pre-human civilizations (1).

When Homo sapiens arrived in Europe forty thousand years ago, they drove the Neanderthals, one of our hominid cousins, to extinction. Archeological evidence demonstrates that the arrival of Homo sapiens coincided with the time to which elaborate art adorning caves found in southeastern France and northern Italy has been dated, as well as other artistic expressions such as carved figurines, symbolic artifacts, and sophisticated bone and ivory musical instruments (1). While some researchers argue that music may have contributed to the social cohesion that led Homo sapiens to dominate over our Neanderthal cousins, there are many flaws in this logic as Neanderthal instruments may have been made from perishable objects which were not subject to preservation (1).

However, archaeologists have surmised that a more primitive human relative, Homo heidelbergensis, as well as Neanderthals, had access to at least one instrument at their disposal: the human voice (1). Their fossils contain a bone known as the hyoid at an anatomical position resembling that of contemporary humans, which means that their voice boxes were descended enough to allow speech and singing (1). This implies that singing conferred some sort of evolutionary advantage, the nature of which has been hotly contested. One promising theory, advanced by Leslie Aiello and Robin Dunbar, is that primitive song mediated the transmission of emotional states at a larger scale than physical grooming of insects, a more rudimentary form of social bonding, would accomplish (1).

However, even more plausible is that the versatility of the voice evolved in order to facilitate motherese, an early form of baby-talk that allowed prehistoric mothers to console their babies from a distance while they engaged in other activities (1). Scientist Dean Falk, a proponent of this theory, advocates that this motherese became the precursor to proto-language and proto-music (1). Therefore, our brains are literally wired from birth to receive musical tones. In fact, neural circuits originally serving another function may have been repurposed in evolutionary history for the processing of music.

This may be why anthropological and ethnomusicological studies reveal that contemporary hunter-gatherer cultures use music therapeutically, which provides us insight as to the ways in which our predecessors may have incorporated music into their healing arts. That many people in fast-paced industrialized societies lead lives devoid of music is a testament to the evolutionary mismatch of modern times which has divorced us from our very nature.

In one study, researchers examined the brains of individuals using functional magnetic resonance imaging (fMRI), a technique that tracks cerebral blood flow (2). They found that when subjects listened to songs from their preferred musical genres, they exhibited enhanced levels of brain connectivity (2). Most pronounced was connectivity in the brain region called the default mode or resting-state network, which is implicated in internal mentation, or “the introspective and adaptive mental activities in which humans spontaneously and deliberately engage in every day” (2).

This brain area, which may be compromised in neurological disorders such as autism, schizophrenia, depression, post-traumatic stress disorder (PTSD), mild cognitive impairment, and Alzheimer’s disease, is correlated with internally focused thoughts such as daydreaming, past recall, empathy, and self-awareness, which illuminates why music has been shown to trigger self-referential thoughts and memories (3, 4, 5). “Described as functioning somewhat like a toggle switch between outwardly focused mind states and the internal or subjective sense of self, this network appears to include mind-wandering experiences such as imagining the future, the discovering of new possibilities (hopes), and the affective significance of aspirations or dreams” (6).

Activation of the default mode network (DMN) is also crucial for processing psychosocial interactions and more advanced cognitive abilities such as reading comprehension, creativity, moral evaluations, and divergent thinking (7). In addition, stimulating the DMN may recruit previously encoded memories and support cognitive processes within domains that are compromised in neurodegenerative diseases, such as the processing of autobiographical, episodic, and socio-emotional memories as well as self-reflective thought (6).

In the fMRI experiment, the hippocampus was another brain region where connectivity between nerve cells was altered when subjects heard their favorite song, regardless of its acoustic characteristics (6). The hippocampus is essential for the acquisition of emotional and social memories, a process which may be disturbed in neurodegenerative disease (6).

Music has been demonstrated to affect the cerebral nerves in humans spanning the age gamut from fetus to adult (Abbott, 2002), perhaps suggesting that music acts as a tonic for the brain. Researchers are in fact proposing that music modulates the secretion of steroid hormones, which ultimately incites repair and regeneration of cerebral nerves.

In the animal kingdom, we can find plausibility for a mechanism in which steroid hormones promote neurogenesis, or the ability to create new nerve cells, a process which was previously perceived to be arrested after birth in mammals (8). For instance, in song birds, steroid hormones such as testosterone and estrogen play a role in multiple steps of neurogenesis such as organization and survival of brain cells and the production of neural networks where vocal behaviors reside (9, 10).

In addition, research is intimating that music facilitates cerebral plasticity, or the expansion of neural networks and connectivity in response to the environment. Music-induced cerebral plasticity creates changes in brain cell numbers and activity in response to music which can persist for a long time (11). Studies comparing populations of singers to non-singers and music students to music non-learners, for instance, highlight that music triggers neural plasticity (8). Neural plasticity and the creation of new brain circuits may compensate for functional deficits when one neural network takes over for another that is malfunctioning (8).

The mechanism whereby music leads to neural plasticity is likely mediated by steroid hormones, which are generated by nerve cells and elicit neuroactive and neuroprotective roles (13). For example, the sex steroids estrogen and testosterone elevate levels of so-called neurotrophic substances such as nerve growth factor (NGF) and brain-derived neurotrophic factor (BDNF), which contribute to nerve cell proliferation (cell division) and survival (8). Both are also closely “involved with the expression, regeneration, repair and protection of nerve cells via gene expression regulation and non-genomic circuits” (8).

The stress hormone corticosteroid, on the other hand, in appropriate levels, contributes to a neural process known as long-term potentiation (LTP), or the strengthening of synapses between nerve cells which leads to formation of long-term memories (12). Cortisol also binds to receptors in the frontal lobe, or the manager of personality, which is also responsible for decision-making, learning, and problem-solving, as well as the so-called seat of emotion known as the amygdala and the memory center known as the hippocampus (8). Balanced levels of the sex hormones, which target the nervous system, are also critical to neurological functions such as brain development, spatial perception, visual recognition, memory retention, reproductive and feeding behavior, nerve signal transmission, and suppression of the abnormal protein aggregates implicated in Parkinson’s and Alzheimer’s (8).

Studies on listening to music have been shown to alter levels of sex hormone secretion, which is the probable mechanism behind its neuroregenerative effects (8). Playing musical instruments or listening to music mitigates adverse emotional responses such as stress and anxiety. Remarkably, music behaves similarly to adaptogenic herbs, increasing the body’s state of non-specific resistance by modulating hormones in a favorable direction. In other words, listening to music increases steroid hormones in people with low hormone levels and reduces steroid hormones in people with high hormone levels (13). This makes sense, as the effect of music on steroid hormones may act through emotional circuits mediated through the hypothalamic-pituitary-adrenal axis (8), which is the same pathway adaptogenic botanicals influence.

In the aforementioned study where brain activity was examined during music listening experiences, similar brain patterns were generated irrespective of the vocal and lyrical qualities, rhythmic attributes, and melodic and harmonic features of the music (14). Because the functional connectivity invoked by listening to music is governed by the listener’s preference, nursing homes and other palliative care facilities should cater music to the tastes of their patient population for maximal effect (6).

The processing of emotionally-laden experiences in the brain, which may be impaired in psychiatric disorders, dementia, Alzheimer’s, and other neurodegenerative diseases, may be engaged when music is incorporated into neurologic remediation therapies (6). For example, studies of Alzheimer’s patients have proven that listening to music from their past can act as a catalyst for the recalling of other long-term memories via reconfiguration of existing neuronal networks (8). Other studies show that listening to music can enhance recovery of cognitive function post-stroke (15), mitigate symptoms of mood disorders, improve emotional intelligence, and enhance executive brain functions (16, 17).

Not only that, but music has been shown to favorably regulate immunological, psychobiological, and physiological responses. Using music in concert with visual imagery modulates numbers of different immune cell populations such as neutrophils and lymphocytes, which are elements of our first-line innate defenses and secondary adaptive immune responses (18). When used as an adjunctive entraining method as part of a guided imagery exercise, music boosts levels of secretory IgA (SIgA), an antibody often depleted in immunocompromised or chronically ill individuals which is important in the protection of the digestive lining and other mucus membranes (19). Studies have even shown that listening to Mozart, but not Beethoven, reduced the allergic ‘skin wheal’ response induced by latex and decreased production of immunoglobulin E (IgE), the antibody associated with allergy (20).

Music may also buffer the stress-induced increase in stress hormones, and affect levels of the endogenous pain-relieving opioid called beta-endorphin (21). When incorporated into an exercise regimen, music may counteract the increases in heart rate and blood pressure, and enable enhanced rates of lactate clearance to prevent muscle soreness (22). It likewise may reduce exercise-induced release of catecholamine hormones such as norepinephrine, one of the fight-or-flight chemicals of the sympathetic nervous system (22). Therefore, due to its effects on the endocrine and immune systems, which are often disrupted in metabolic, autoimmune, psychiatric, and neurodegenerative disease, music may represent a promising therapy for conditions of diverse pathophysiology.

Music is primal. It is an enveloping sanctuary that consoles us in our desperation, that liberates us from the dark abyss of alienation and despair. It is a reprieve from the burdens we carry and a force of solidarity, that narrows the chasm between cultures and engenders sacred union and spiritual experience. It is a hallmark of the human condition, and healing power to be reckoned with.